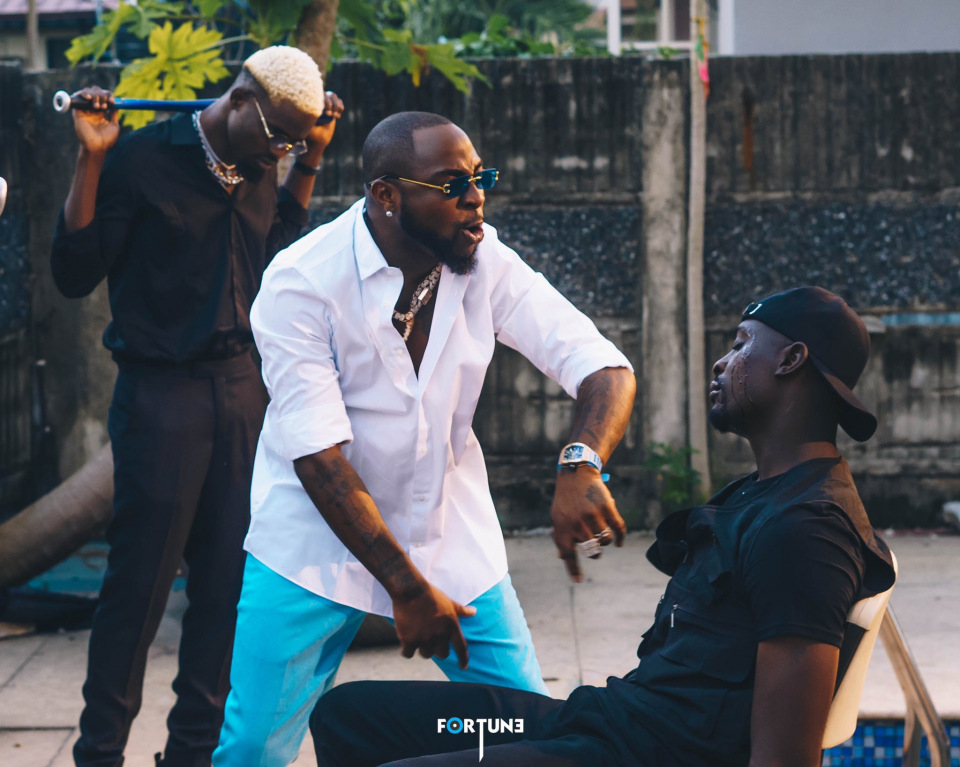 The remix which has a fresh dimension thanks to Davido's input talks about the diminishing state of Nigeria with highlights on extrajudicial killings and police brutality - some of the issues that contributed to the #EndSARS campaign.

In the 'Barawo - Remix', Davido and the green music stars Ajebo Hustlers, move to bring light to these societal ills with this Remix which is available on all music platforms.

The new video directed by Prodigeezy is a well executed one, telling its own story to complement the heavy-message that the lyrics in the song carry.

The original 'Barawo' single that talks about the extrajudicial killings in Africa, especially in Nigeria led to a campaign against jungle justice in Sub-Saharan Africa.

The single is part of the upcoming EP from Ajebo Hustlers titled 'Timeless' expected to be released before the end of the year.

For over a week, Nigerian youths supported by celebrities in the music industry have been pushing for reforms in the police force following increased cases of police brutality and harassment.

The movement has already registered a win, after successfully pushing for the disbandment of the special police force - SARS.

A number of Nigerian musicians among them Davido, Burna Boy, Naira Marley, Oxlade, Rudeboy to name just a few have joined protestors in several cities as they push for the police reforms.