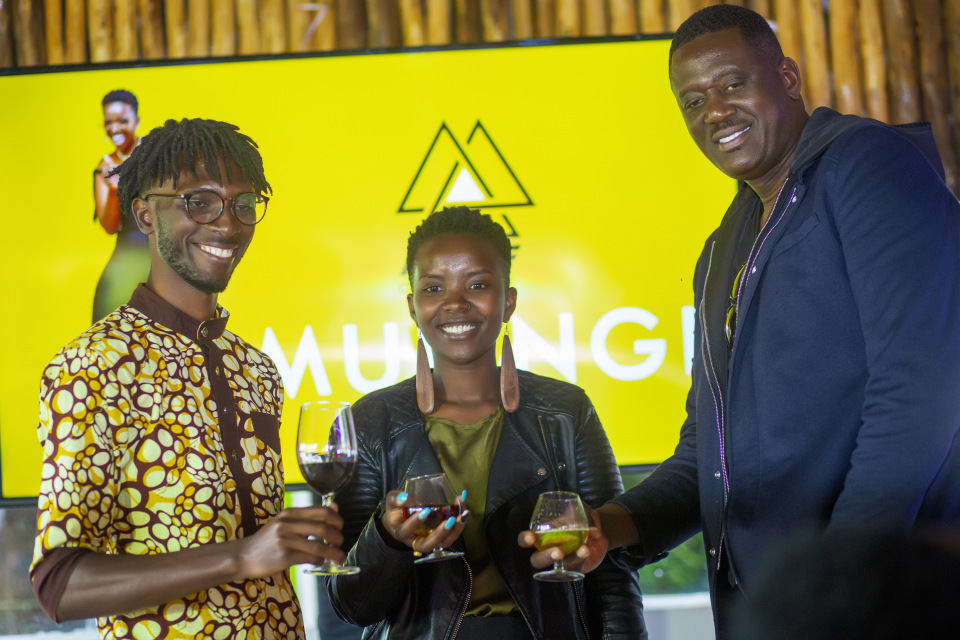 Pine Creek Records on Saturday 03rd October 2020 unveiled their new signee; singer, songwriter and performer Muringi at an invite only event that took place at The Nairobi Club.

Unlike the previous artistes that have been signed at Pine Creek before, Muringi is a Mugithi artiste. Mugithi is a form of music originating from the Kikuyu people of Kenya but enjoyed by other ethnic groups within Kenya and even some non-Kenyans.

"We realized that the vernacular music market is huge and the consumers have spending power hence the reason we decided to bring Muringi on board," Peter said.

The contract is a 2-years deal where Pine Creek Records is expected to produce two albums for her over the contract period. The first album is anticipated to be released in December 2020, but her first single will be out later this month.

Pine Creek Records has been in the business of creating music stars in Kenya for more than 10 years and they ain't stopping soon; the label founder Mr Peter Nduati says Pine Creek Records will keep spotting, nurturing and building talents until they leave an indelible mark on the African Music Scene.

Born and raised in Gitundu, Othaya-Nyeri, Kenya, music has always been part of Muringi's life. She started singing at an early age entertaining her family and friends. In her quest for music she went to the studio in Othaya in 2012 and  started by doing background vocals for artistes.

In December 2019, Muringi met the talented producer Waruks whose focus was on producing vernacular music and the duo started working on cover songs for old kikuyu music and uploading them on social media. She was propelled to stardom when a random one-minute raw "Ndiari Rūī" ( originally done by Wanganangū ) cover got the attention of Inooro FM presenter, Jeff Kuria, who shared it. The video went viral which grew her fan base, exposed her to a wide new audience marked her rise as a contemporary Kikuyu Mugithi singer.

Her wonderful covers landed on Peter Nduati , Pine Creek's CEO's  hands  who was blown away by the level of talent, skill and understanding of art possessed by the young lady and decided to sign her.