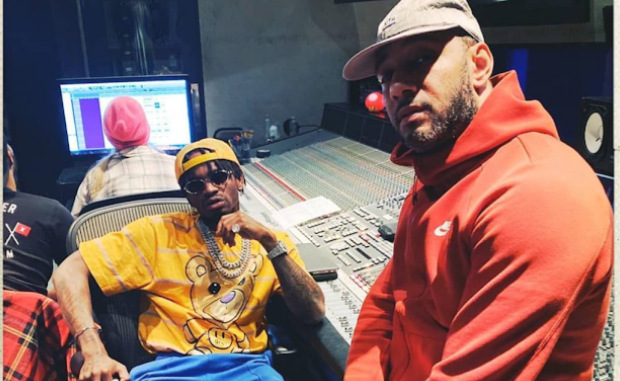 Over the weekend, American singer Alicia Keys was the subject of discussion in Tanzania after a section of fans felt that Wasafi President Diamond Platnumz featuring in her ‘Alicia’ album for 26 seconds was wasted energy.

Being a big name in the African continent and world over, fans felt that Diamond deserved more time in the album.

The online uproar caught the attention of Alicia Keys’ husband Swizz Beats who noted that Diamond was oaky with his role in the song adding that more is yet to come.

“My Brother 4 life. Please let your fans know you did as you pleased on the rec and this is just part 1” he wrote. 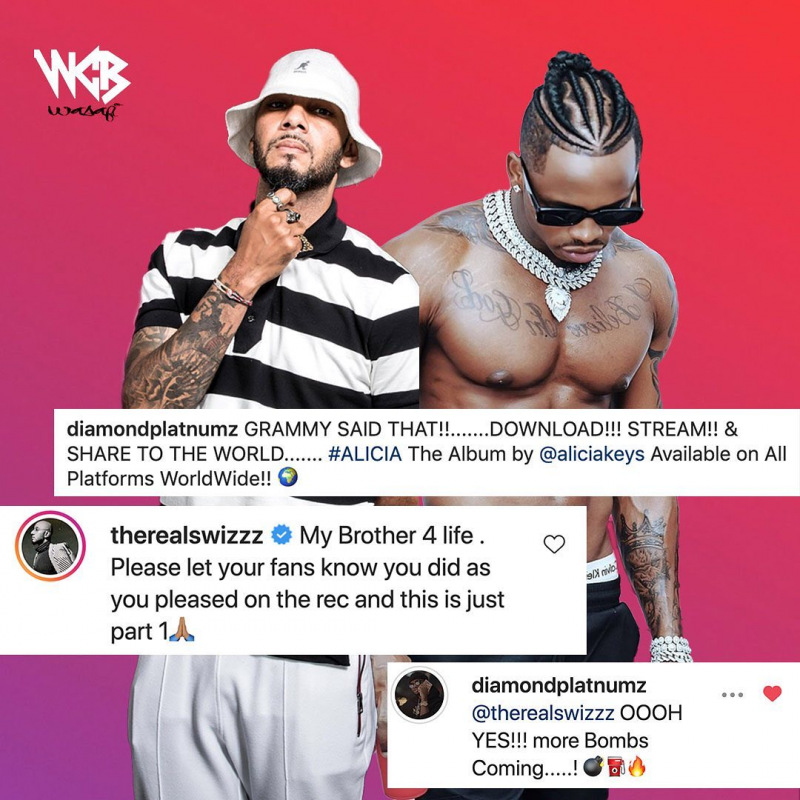 Swizz Betas later noted that they will be working on a longer version of the song soon.

Diamond being the only African artist to feature in the ‘Alicia’ album is obviously a big deal. The song ‘Wasted Energy’ was highly anticipated especially from East African fans who pride in Diamond Platnumz. 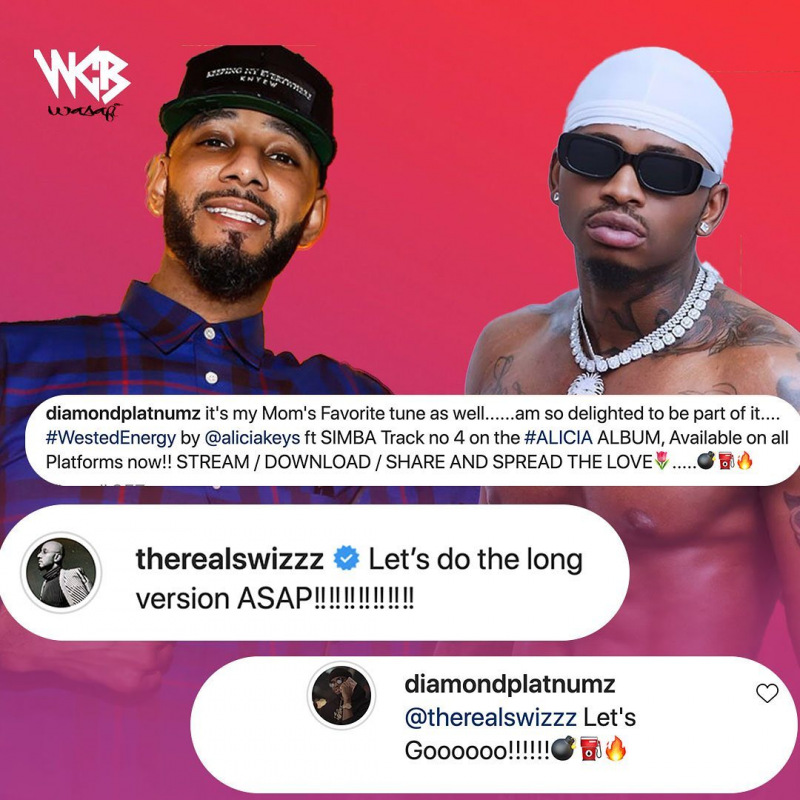 So far, the ‘Wasted Energy’ audio has over 700,000 views on YouTube an indication that it is set to be a massive tune.

The album is currently topping charts on digital streaming platforms like Spotify, Apple Music and iTunes.