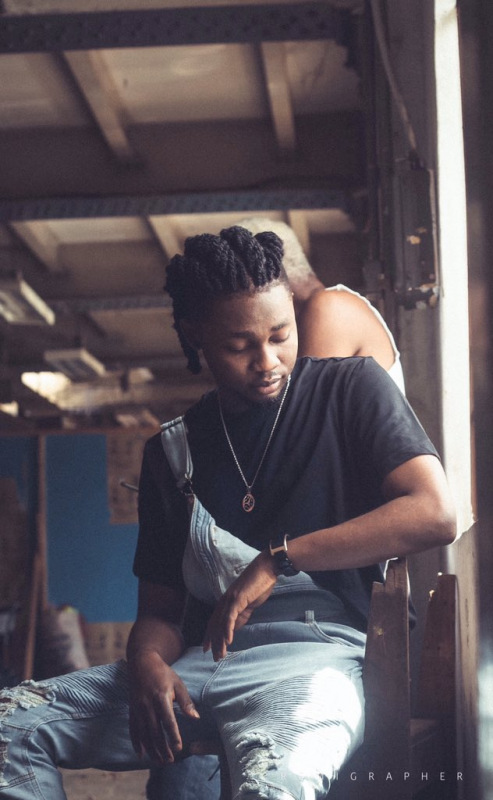 The star of fast rising Nigerian afro fusion singer and songwriter Omah Lay continues to shine even brighter, all thanks to his recent Extended Play (EP) titled 'Get Layed'.

After toping several charts in Nigeria, across Africa and internationally, Omah Lay's hit single 'Bad Influence' is now the most streamed song by a Nigerian singer on digital music platform Audiomack.

Released in June this year, 'Bad Influence' has been streamed close to 17 million times on Audiomack, beating Davido's 'Risky' that has been holdinf the top spot with 16.7 million streams.

'Risky' in which Davido features Papcaan is part of the 2019 released album 'A Good Time'. 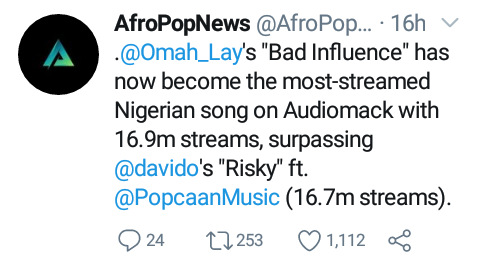 ‘Bad Influence’ can simply be described as a cool vibe that sets you on the confession lane revealing how crazy your lover makes you feel.

The song is enjoying massive airplay and receiving love from fans across the globe despite not having its visuals yet.

Omah Lay is likely to drop the song's visuals soon having already released the first video off the 'Get Layd' EP for the single 'Lo Lo' which has already been watched over 1.5 million times on YouTube in a month.

Officially known as Stanley Omah Didia, in most of his songs Omah Lay is eccentric in his sounds and keeos the vocals sexy.