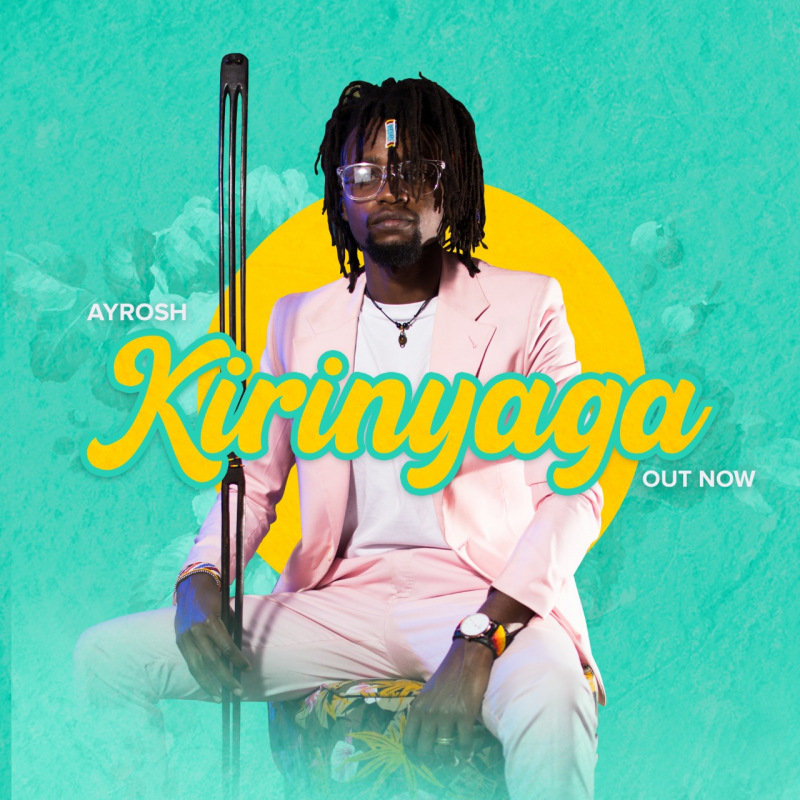 Kenyan musician Ayrosh has released a new video dubbed ‘Kirinyaga’ off his debut EP ‘Murasta’ that was released in 2019, in collaboration with Waithaka Entertainment.

‘Kirinyaga’ is the native Kikuyu name for Mt. Kenya and is a significant symbol of deity, endurance, and longevity in the culture.

The song which is a blend of Gikuyu and a little bit of English was produced by Ayrosh and Bengatronic’s DJ Mura K.E.

It details Ayrosh’s acknowledgment that a higher being is the true source of solitude, peace and grace.

Get Ayrosh's Music for Free on Mdundo

The mid-tempo track starts with a strong percussive drum beat, breaks into a melodic guitar line before leading into a blend of Benga and Afro-house.

The video directed by Johnson Kyalo mostly captures Ayrosh singing in a serene, elevated landscape gives a soothing effect while watching it.

“Kirinyaga for me is for those times you feel as if you are just drifting through life and need direction. It's the quest for something to hold onto or something to aspire to be,” said Ayrosh.

The singer further adds that fans should expect dope collabos with amazing producers both locally and internationally this year, “Nothing but fire jams coming from this side."

In June 2019, he released the ‘Murasta’ EP with Waithaka Ent, which cleverly blends Afro-house beats with Gikuyu, English, and Swahili lyrics.

He recently collaborated with Muringi in Nuu which was released in March 2020.