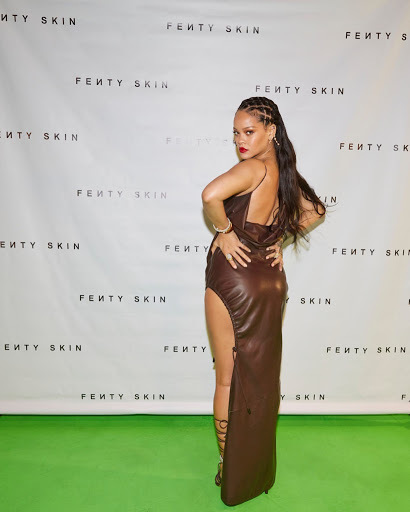 It has been 4 years of waiting for R9 and months after the anticipated date, February and Rihanna is yet to release the album. Her fans keep asking Rihanna for a new album that at this point they are just allowing her to troll them on her socials. Yesterday she however might have given the navy something to hold on to.

The richest female musician has been creating a name for herself in the beauty and fashion industry with Fenty beauty/make-up and Fenty x Savage. Rihanna has also been very philanthropic through the years with her Clara Lionel Foundation especially to her country during this COVID-19 pandemic. She is set to release her Fenty skin range today and she had a virtual launch party last night where she did some interviews.

It was while taking these interviews that Rihanna spoke on her highly anticipated album now known as R9. She reveals that over the years R9 has had to take a hit because she was building her empire outside of music, as mentioned above. Rihanna also revealed that COVID-19 pandemic might have pushed the R9 plans further back but in her words, “the album might be here sooner than the fans expect.”

We are inclined to believe that Twitter and Instagram rants are not just rants because R9 is really becoming something we can hope for. In the meantime, we let Rihanna build her empire until she can serve us a portion of what she calls her first love, music.