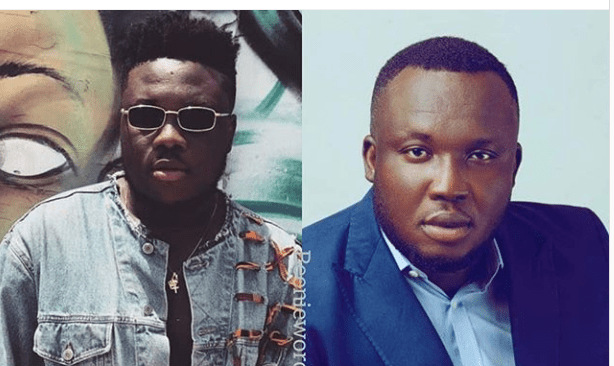 Ghanaian artiste Kelvin Agyekum popularly known by his professional name as Kurl Songx has offered his apologies to Kaywa for accusing him for not promoting his music brand as it was expected and giving his song “DW3” to his colleagues Mr. Drew and Krymi.

The sincere apology was rendered in an interview with Amansan Krakye on GBC Radio. The Sensational Ghanaian musician, Kurl Sonx not only apologized for the wrongful accusations, he also wanted his former boss and the CEO of Highly Spiritual Music, David Kojo Kyei, popularly known as Kaywa to forgive him for defamation.

“I’m Kaywa’s son and I will forever remain Kaywa’s son. I will always love to work with Kaywa and I’m always a product of Highly Spiritual Music,” he said.

“Maybe in one way the other I have said certain things in some interviews but I will plead with him to forgive me.”

“If I have offended my father I will be so happy to go down on my knees and say papa I’m sorry after all we are only human”, he added.

Kurl Songx is a Ghanian Afro pop artiste who has won multiple awards including the 2016 MTN Hitmaker that made him popular. He has sung several songs and has done several collabos with top artistes including Sarkodie and Castro.