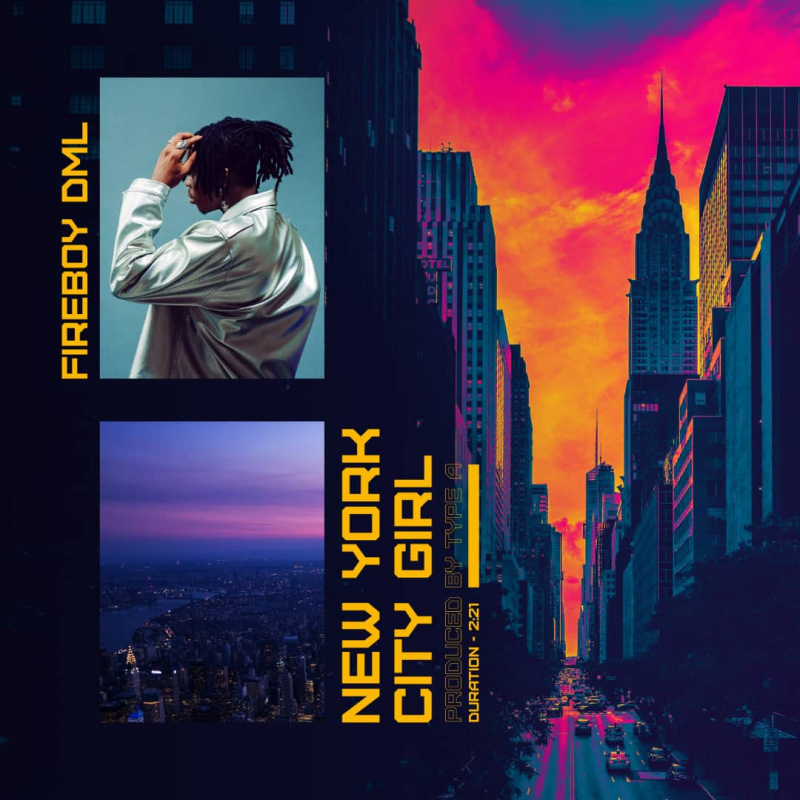 Nigerian singer, songwriter, Fireboy DML (Adedamola ‘DaMoLa’ Adefolahan) , dubbed the ‘future’ of Afrobeats, is back with a new banger “New York City Girl” via YBNL Nation/Empire. Fireboy DML who is currently the most streamed Non-East African Music Act on digital platforms across East Africa is famed for the hit song “Vibration”.

Following the success of his debut album Laughter, Tears and Goosebumps, Fireboy teamed up with Type-A for the new single ‘New York City Girl” a mid-tempo, feel-good record that blends R&B and Afrobeats to bring out his unique self-coined “Afro-Life” sound.

New York City Girl talks about a whirlwind love affair with a girl from New York he met while on vacation in Lagos, Nigeria. Written during the global lockdown, “New York City Girl” explores the feeling of missing the physical connection with a loved one and longing for the day they will see each other again.

“New York City Girl” is the first single from his much anticipated sophomore project Apollo scheduled for release later this year.

Fireboy DML burst onto the music scene early 2019 with his debut album Laughter, Tears & Goosebumps. The critically acclaimed project produced a string of stand-out singles - ‘Jealous’, ‘Scatter’ and ‘King’ which captured the attention of music fans across the globe. The album has achieved over 250M streams and won him the coveted Listeners Choice award at the 2020 Soundcity MVP Awards in Lagos.

The album maintained the #1 position across the Nigerian charts for over 12 weeks with ‘Jealous’ becoming one of the most played songs on African radio stations that year.