Jackie Chandiru Lauds Fans for Standing by Her Amidst Challenges 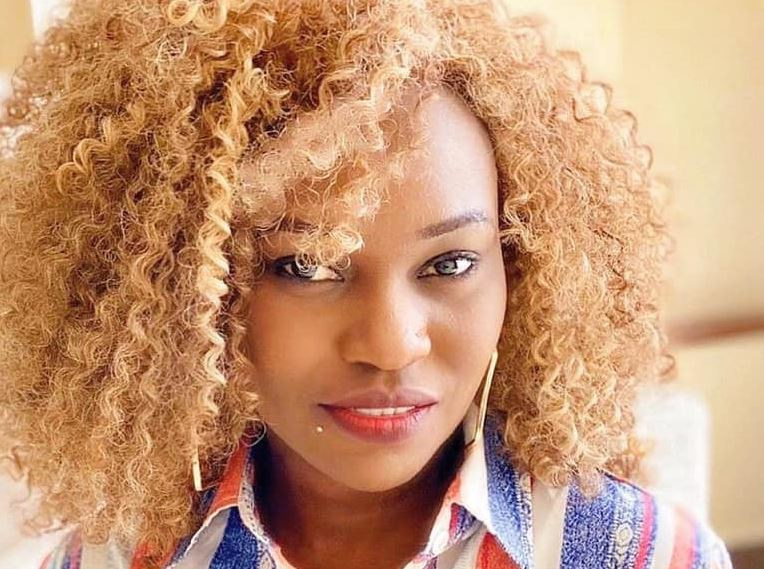 Former Blu*3 diva Jackie Chandiru is a survivor and  has her fans to thank for standing by her, amidst the drug addiction battle she went through a few months back.

Back to her feet again, the 'Gold Digger' hit maker took to her social media accounts to give a shout out to everyone that has helped her go through it, through prayers and the positive comments they leave on her new song, 'Quarantine' on YouTube.

"I read your comments every 30 minutes on YouTube, some bring me to tears!! I can never thank you enough for standing by me through thick n thin!! Indeed we were meant to rock this grind.... #the ONLY Queen of the Nile!" Jackie shared. 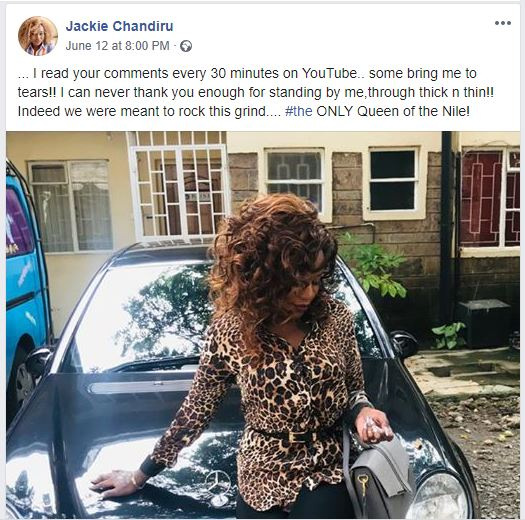 Jackie has been battling drug addiction and at one point became very ill, and had to be confined in rehab centres.

Her family kept her away from the media and refused any visitors from the people outside her circle.

A few artistes saw her and people reached out with a helping hand. With support, treatment and prayers, the 'Gold Digger' hit maker was able to pull through and in 2019, she made public appearances, and even went back on stage.

It was, however, not long before she bounced back to the addiction and got admitted again.

A group of concerned persons led by Pastor Bugembe started an online campaign soliciting funds from people to cover her medical bills. Her family however, closed down the campaign stating that they were more than capable to afford her treatment without public sympathy.

Her lover flew her out of Ugandan for proper medication, after which they got engaged. Sources reveal that she is currently in Kenya.