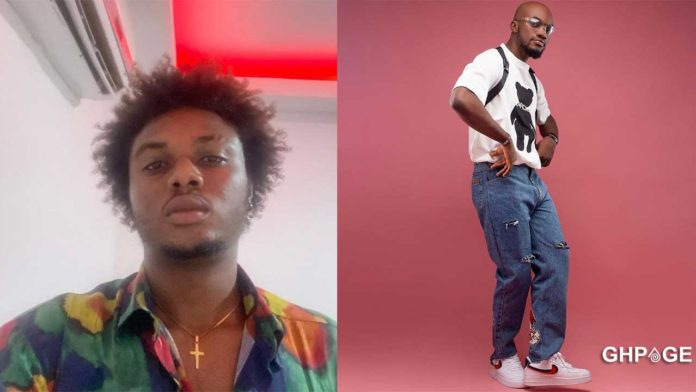 The Ghanian upcoming artists by the name Imany has been called a snitch on social media for reporting Mr. Drew for putting out a song originally composed by Rotimi, an American based Nigerian artiste.

Nonetheless, the upcoming artiste has fired back at fans saying that he does not regret his decision to snitch on Mr. Drew and send a warning to all mainstream artistes who take advantage of upcoming ones by stealing their work.

Highly spiritual, Mr. Drew’s record label in a press release, stated that the artist in no way sort to steal Rotimi’s work and that the song was just a cover. Also stated was the fact that Mr. Drew and Rotimi were friendly and that both labels struggled to reach an understanding prior to the song’s release and that led to the song being taken down.

Imany who also claims to be online friends with Rotimi revealed in an interview with Sammy Kay that Highly Spiritual were lying about contacting Rotimi’s record label, EMPIRE. Apparently, Imany upon seeing Mr. Drew’s video on Youtube cautioned him to take it down because it was wrong to monetize a sampled version of someone’s song without due permission.

According to Imany, Mr. Drew insulted him and blocked him on Instagram after seeing his post. This he claims made him furious making him to reach out to Rotimi. Imany revealed that a mainstream artiste had taken advantage of his desperation to get a feature from him and stole his song in a similar way.