Davido, Trevboi Team Up In New Song 'Who Dey' 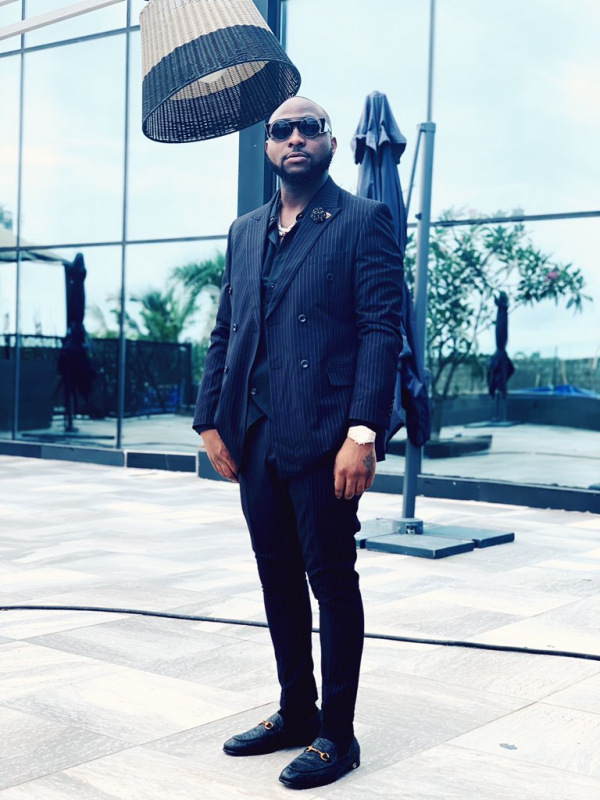 Davido Music Worldwide (DMW) and Areaboi Records have teamed up in putting together a new song that will be dropping this Wednesday.

Davido announced the upcoming project in a post on his social media pages on Monday.

According to the American-born Nigerian superstar, the new effort effort will be introducing Trevboi to the world. 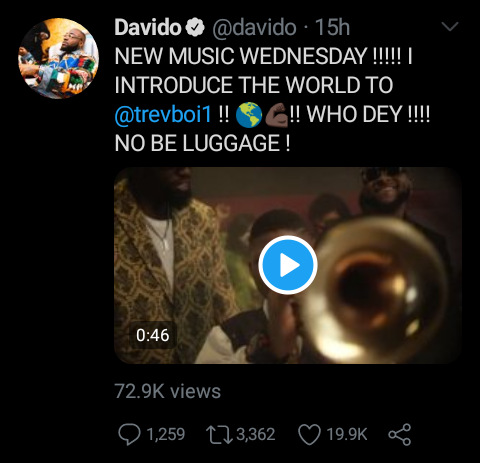 Davido also shared a short video of the new music that has nice beats beautifully fused with instrumentals and a taste of his own verse.

Just by a look at the 30-seconds video, the song sounds destined to be a big tune.

'Who Dey' is however not a new song in totality as Trevboi had dropped it as a single mid last year.

In its original version, 'Who Dey' talks about some things that Trevboi has gone through in life and his experience while on the streets of Lagos.

Much of that is expected to remain intact in the new joint effort with Davido who will definitely give the song a new dimension.

Trevboi is well known and loved by the streets and his music is heavily influenced by his everyday struggles as an artist and what it takes to become successful.