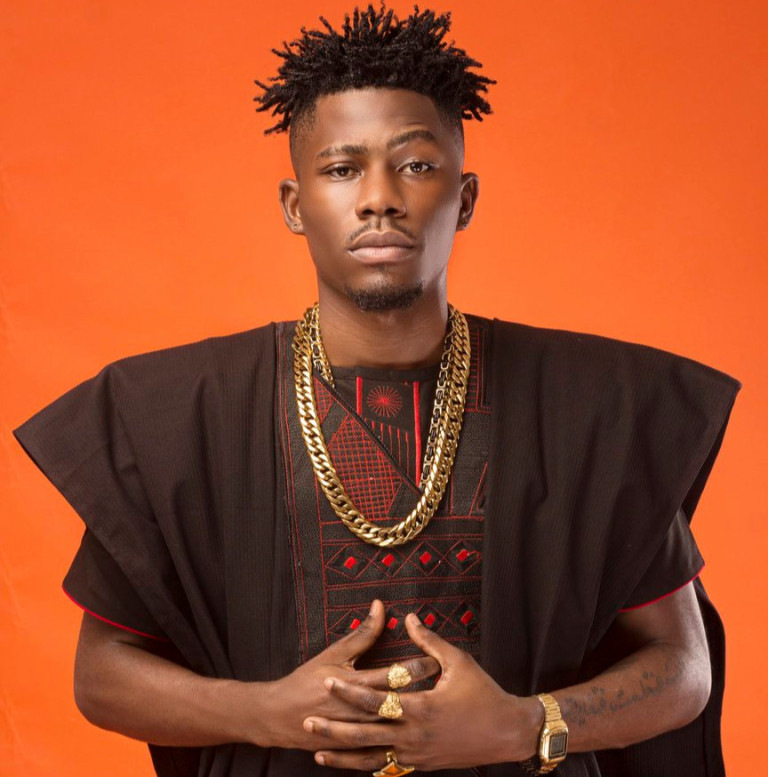 Wahala Dey by Ycee which officially premiered on 1 Nov 2019 surpassed the 1Million stream mark on streams in the popular music streaming service Spotify. Taking to his Instagram page, Ycee couldn't hide his joy and promised to release a video of the hit song once Corona is over. 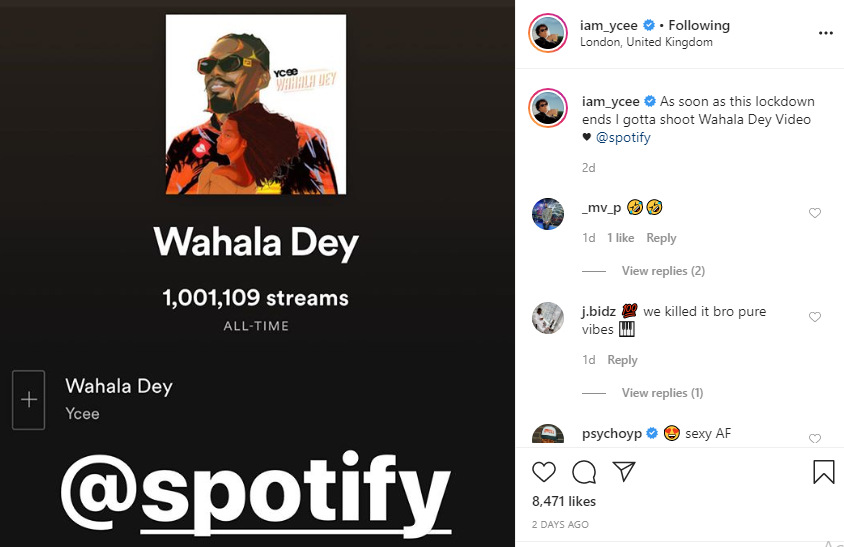 https://www.youtube.com/watch?v=2Vi2XsyAkZ0
In another related post Ycee paid tribute to artistes who have been trailblazers and part and parcel of his growth in the music industry.
He said, "As a young artist coming up in 2011/2012 @drblasgidi were truly pioneers of this music thing and I know they inspired not just me but an entire new generation of artists! Fast forward to their debut album and I gotta big up my Gs for an amazing project!!! (Even tho I don’t know how I ain’t on this album) 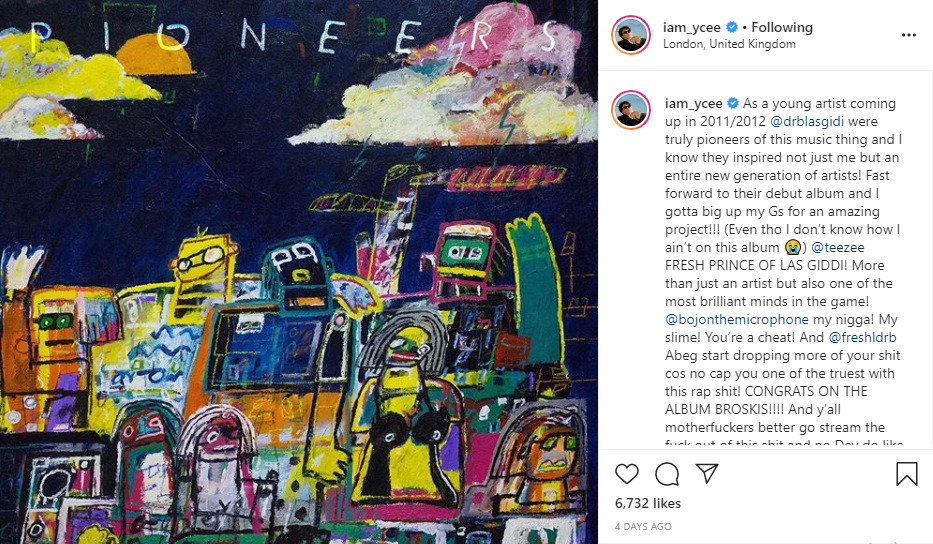 @teezee FRESH PRINCE OF LAS GIDDI! More than just an artist but also one of the most brilliant minds in the game! @bojonthemicrophone my nigga! My slime! You’re a cheat! And
@freshldrb Abeg start dropping more of your shit cos no cap you one of the truest with this rap shit! CONGRATS ON THE ALBUM BROSKIS!!!! And y’all motherfuckers better go stream the fuck out of this shit and no Dey do like say una no see am