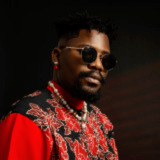 Rank: 2321 ↘ -114
YCee is a Nigerian singer and rapper, with a unique and versatile delivery style that is most relatable and endeared him to an international audience. His career hit the limelight after he was nominated in the "Revelation of the Year" category at the 2015 edition of the MTV Africa Music Awards and was also nominated in the "Best Artist in African Pop" category at the 2015 All Africa Music Awards. Dubbed ‘the king of the new school rap in Africa’ by local and international press, YCee has released a string of hits including his single “JUICE”, which has accrued over 75 million YouTube views and an international remix with Joyner Lucas. His last album “YCEE vs ZAHEER” is proof of the versatile nature of his talents with streaming stats of over 100 million streams. (more)
Promote artist ↑
report
Get Latest DJ Mixes
More Songs

Nigerian rapper Ycee was born on January 29, 1993, in Festac, a housing town in Lagos. He attended Dr. Soyemi Memorial Nursery and Primary School. He then moved to Nigerian Navy Secondary School in Ojo for his secondary education. Fascinated by science, he enrolled at the University of Lagos where he studied Marine Biology.
He loved music since he was young because he was born to an Igbo and a Yoruba father. Ycee was exposed to a wide variety of music genres while growing up – as is with teenagers and music. He loved TV and radio and before long, he had fallen in love with rap music. He decided to give it a go after finding the motivation to do so within himself. While With his family and friends in the house, he wrote and recorded scores of songs. Free-styling during lunch breaks at school amazed his peers as he grew more comfortable with his craft. And then he got motivation from his pals was to record his music.
He pondered over the idea and followed this advice. He started visiting the studio often. The A-list Nigerian rapper recorded a couple of mixtapes that he released to his community and were widely accepted. This made him popular in the town and it gave him more confidence at the time to do so much more.

In 2012 thrust himself into the underground rap scene. Jay Sleek produced his first official single, ‘Smile On Me’ in December 2012. ‘Amen’ followed ‘Smile On Me’ in 2013. A record deal followed, but he took some time off to focus on his studies while still under Tinny Entertainment's wing. The artist's absence from Nigerian hip-hop was short-lived, as he returned in 2015. It was then that he came back to the music scene with his mega-hit ‘Condo’ which he worked with Patoranking to record. At the Nigeria Entertainment Awards, he was nominated for Best Music Video of the Year and Best Collaboration for the song. His hit single "Jagaban" was released the same year. He teamed with Olamide on the remix of the song.

YCee secured a record contract with Sony Music in October 2016. He was also nominated for the Headies Awards' Next Rated award in December of the same year. With ‘The First Wave’ EP, he delivered successful singles including Jagaban, Link Up and Juice as well as a cover of Panda and a cover of Smile on Me in 2017. The artist would then make an announcement on Instagram on January 15, 2019, that he was leaving Tinny Entertainment. He left for his label "Ain't Nobody Badder Than" (ANBT). The musician's debut studio album titled Ycee Vs Zaheer. Other features include Dapo Tuburna, Niniola, Phyno, and Dapo Banks.

Towards 2021, his style somewhat changed to neo-R&B and a dash of Afrobeat and his hit ‘Love Drunk’. It was a hit that announced his comeback after a two-year hiatus. Ycee's neo-R&B and Afrobeats inspirations are clearly on display in Love Drunk. A contemplative homage to the push and pull of love, the project sees him switch out his sharp raps and smart punchlines for melodious crooning, gaining inspiration from the pangs of love that he's had to overcome.

Ycee explains that he was in the throes of grief when coming up with the song. During the lockdown, he was stranded in London for six months. He was struggling with a lot of challenges related to mental health and such.

The ‘Juice’ hitmaker says the breakup hurt him so much because it was his fault for getting into that predicament in the first place. If it weren't for him, he would still be in a wonderful relationship. As a result, its conclusion left him with a profound sense of loss.

Ycee songs and albums are online on Mdundo.com and are available for download in MP3.