Niniola Gets Grammy Recognition Certificate for her Contribution to Beyonce's The Lion of King: The Gift Album 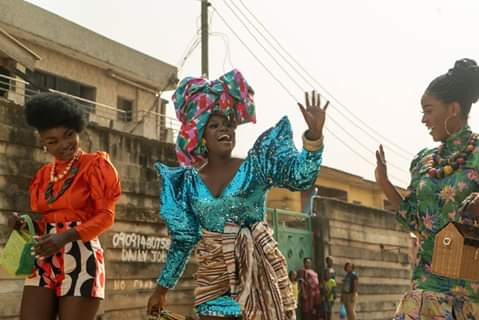 This is in recognition for the role she played in American singer and songwriter Beyoncés album titled 'The Lion of King: The Gift'.

The album won a Grammy nomination in 2019.

Some elements of Niniola's song dubbed ‘Maradona’ featured on ‘Find Your Way Home’ in the Beyonce’s 2019 album.

She received the certificate for composing part of the song in the album that was released on July 19, 2019. 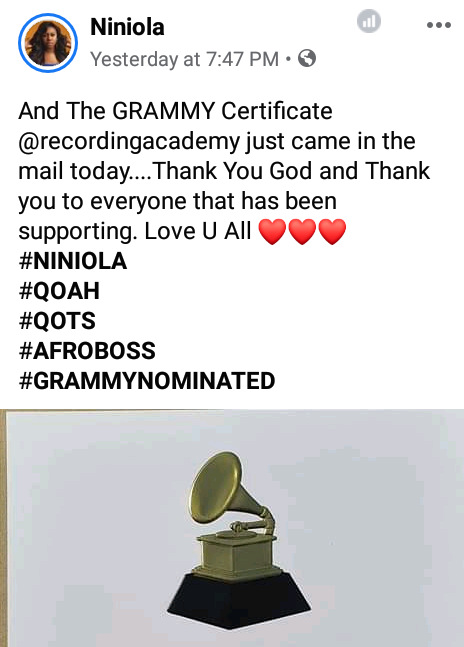 Breaking news of getting the certificate to her social media fans, Niniola thanked God and all those that have been supporting her. 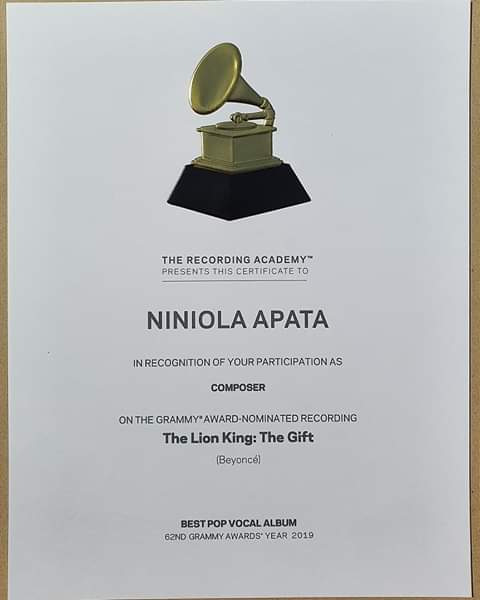 "And The GRAMMY Certificate @recordingacademy just came in the mail today....Thank You God and Thank you to everyone that has been supporting. Love U All
#NINIOLA
#QOAH
#QOTS
#AFROBOSS
#GRAMMYNOMINATED," she captioned a photo of the certificate.

Since she participated in the sixth season of Project Fame West Africa in 2013, Niniola's music career has been on the steady growth.

She recently released visuals for her hit single 'Fantasy' featuring Femi Kuti which is performing well.