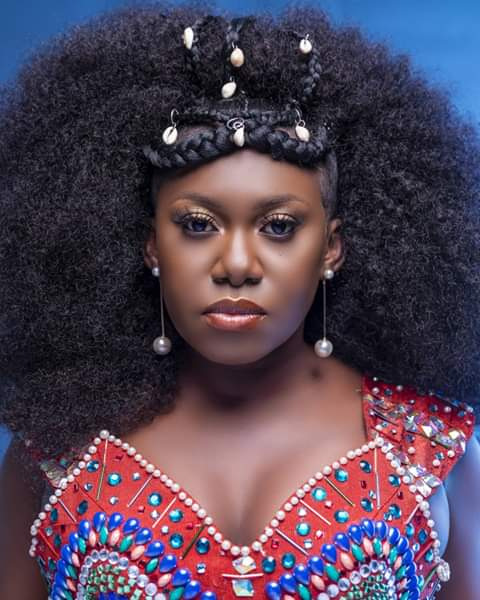 The beautiful singer has been doing well since her debut in the industry in 2014 after she finished 3rd in the sixth season of Project Fame West Africa in 2013.

The song written by Niniola herself and produced by Kel P already has an official video that has performed extremely well.

'Fantasy' video premiered about a month ago, to be specific on March 25th and a look at its official video on YouTube indicates that so far it has over 1.2 million views.

Celebrating the achievement, Niniola posted on her official Instagram account thanking her fans for making the video get to where it is now.

"Hey Guys Our Video FANTASY ft @femiakuti just crossed the 1million mark on @youtube ...Thanks, Guys and if you haven't seen it Link in my bio," she noted. 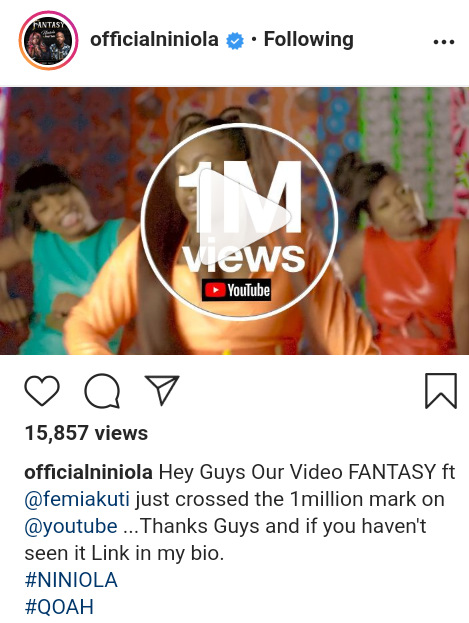 Niniola who is sister to a multi-award winning singer Teni, officially known as Teniola Apata, was nominated for Most Promising Act to Watch at the 2015 Nigeria Entertainment Awards after releasing her debut single titled 'Ibadi'.

Other popular songs to her name include 'Omo Rapala' released about three months ago and 'Bana' that was published about a year ago.

Both songs have over 2 million views each on YouTube.