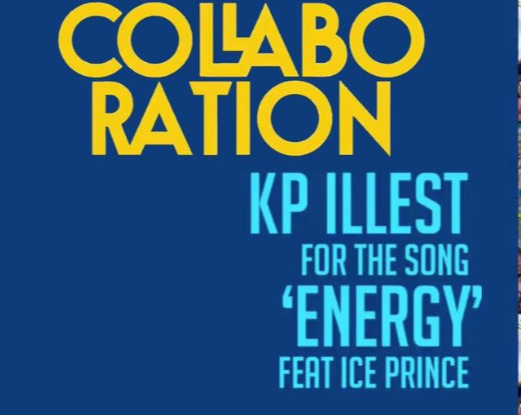 A 2019 hit song by Namibia’s KP Illest dubbed ‘Energy’ has been nominated for two awards in Namibia.

During the release of the video, KP Illest said the song was about someone close to him.
The ‘Energy’ video was shot and directed by Reggie Films and has some steamy scenes of KP Illest and local singer Lioness sharing kisses.

Sharing the good news with his Twitter followers, Ice Prince said the song had been nominated for Afropop and Collaboration categories. 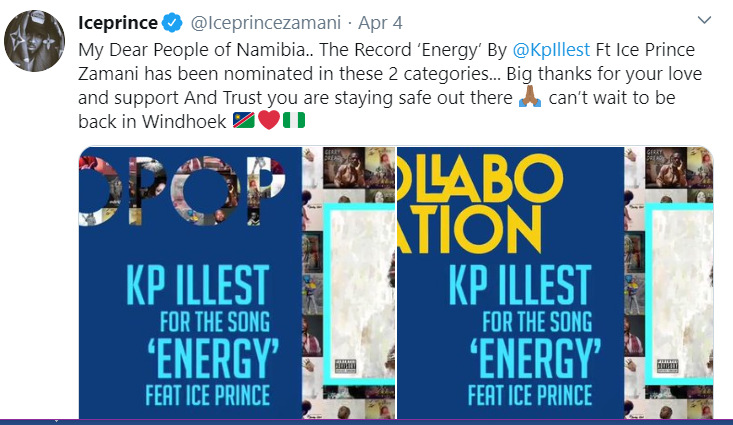 “My Dear People of Namibia. The Record Energy By @KpIllest Ft Ice Prince Zamani has been nominated in these two categories… Big thanks for your love and support And Trust you are staying safe out there…can't want to be back in Windhoek,” read part of the tweet accompanied with two images giving details of the nomination.

KP Illest replied to the tweet saying; “Can’t thank you enough as well, brother! All love and we love you di same!.”

From the start, ‘Energy’ was destined to be a fans’ favorite.

KP Illest who was born in Mombasa, Kenya and raised in Windhoek Namibia is considered as one of the most successful hip-hop artists in Namibia.

Ice Prince, born Panshak Zamani, on the other hand, is equally the most successful artist in Nigeria having won a number of awards among them Best Male Hip Hop artist in the 2014 Ben TV Awards and Best Rap Act of the Year during the 2014 Nigeria Entertainment Awards.