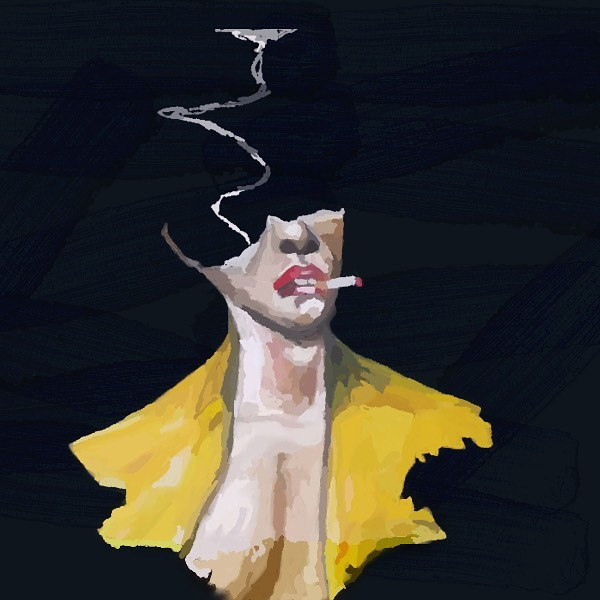 Brymo finally released his anticipated 7th studio album titled ‘Yellow’ on the 1st of April, 2020. The new album is made up of 15 tracks divided into three sections.
Born Olawale Olofooro, Bruno is a former Chocolate City signee and He is among the many artistes who have been adversely affected by the current coronavirus outbreak and had to postpone shows.
The tracklist is divided into three sections.

Section one is made up of ‘Blackmail’, ‘Esprit De Corps’, ‘Heartbreak Songs Are Better in English’, ‘Ozymandias’, ‘Without You’, and ‘Strippers + White Lines/Smart Monkey’ which bring it to a total of 6 tracks.
The second section consists of total of 5 tracks. ‘Woman’, ‘Black Man, Black Woman’, ‘Gambu’, ‘Rara Rira’, and ‘Brain Gain’. 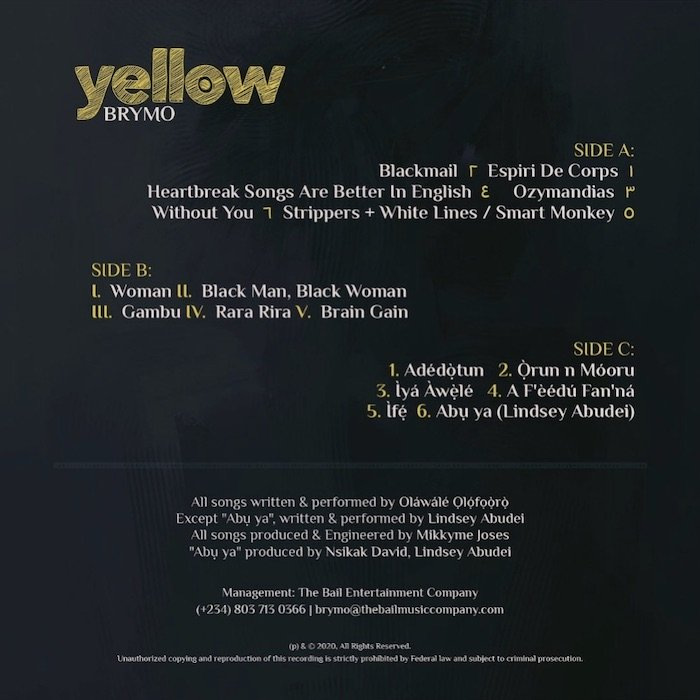 Just like Fela, Bruno has his eyes and themes on social injustice and good governance and daily struggles around him and Nigeria at large. “Although my songs reflect many issues which are relevant in my society, I believe that human relations are the site where all issues emerge,” quoted from an interview he had once.

Bruno has mastered his style which is an amalgam of fuji, R&B, pop, and rock.
Brymo is famous for his song ARA which just surpassed the 2 million mark.