Top Nigerian Female Artists You Should Listen To! 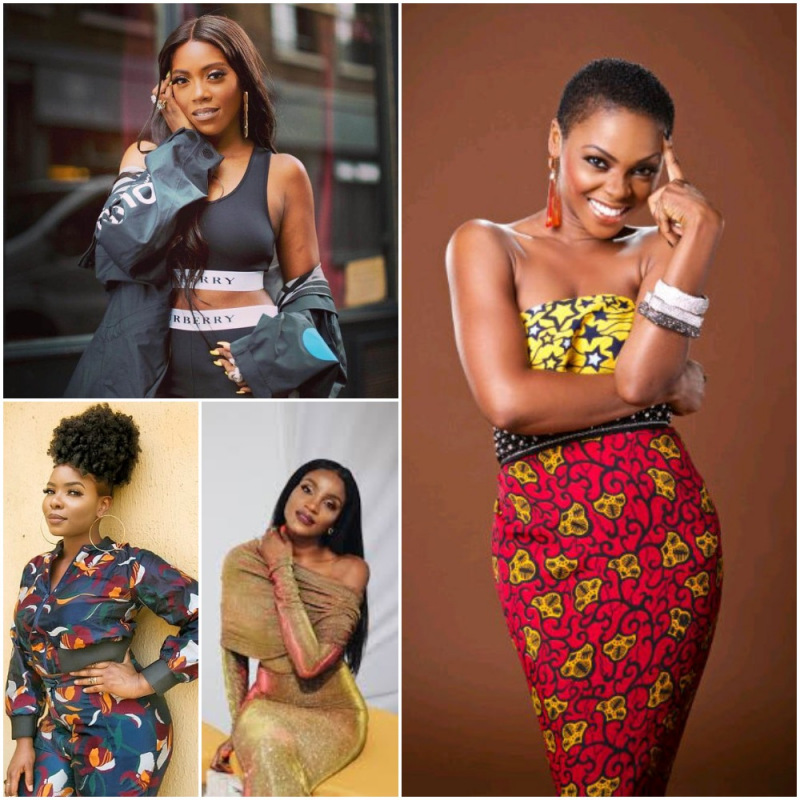 This past weekend marked International Women’s Day; 8th March 2020, a time to celebrate women across the world without the holds of patriarchy and toxic masculinity. We are taking the time to highlight and recognize their presence and roles in shaping the Nigerian Music scene.

For these eminent women, the power came for some by reputation, for some by success and for others, by their vision to elevate an industry.

She is Nigeria’s Number one female artist according to nigh Africa. Among her achievements, getting a Universal Music Group. She is a testament to the power of work ethic and perseverance. With multiple local and international awards including winning the Best African Act at the 2018 MTV Europe Music Awards, becoming the first woman to win the category. she is truly an aspiration of the African female act.

2. Yemi Alade
She gained prominence after winning the Peak Talent Show in 2009 and is best known for her hit single "Johnny". She has not only reigned the airwaves across Africa but has created herself a unique sound and maintained her fan base, latest being the release of Shekere Featuring Angelique Kidjo and has been received well, currently drawing to 4 Million Views on Youtube.

Born and raised in England, the award-winning songwriter, and actress has continued to bless Nigerians with her Music. Under her belt of accolades is emerging winner in the City People Entertainment Awards - Best New Musician of the Year (Female), and The Headies - Best R&B Single in 2019. She is currently a judge at the Access The Stars reality music show which premiered at the beginning of March.

Chidinma Ekile (born 2 May 1991), popularly known by her stage name Chidinma, is a Nigerian singer and songwriter. In 2010, she rose to stardom after winning the third season of Project Fame West Africa. she became the first female musician to peak at number 1 on the MTV Base Official Naija Top 10 chart and she won Best Female West African Act at KORA Awards, 2012. Appearing on the MTN Yello Star, she hinted at the possibility of new music.