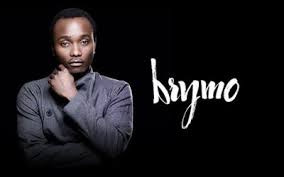 Brymo has announced his eighth project and seventh studio album, 'Yellow' will drop on April 1, 2020.

Taking to his twitter page account, Brymo wrote that the final vocals were already been laid for the release of the new album which will be up for grabs in stores from the 1st of April 2020. This means that the album is undergoing the last phases of production before its release.

This will be Brymo's first album since 2018 album, OSO and his first project since, AAA - the debut 5-track EP from a band of the same name. The band consists of Brymo, guitarist Jad Moukarim, drummer Adey Omotade, and bassist Laughter.

Brymo has occasionally reported that He is not happy with the low brand activity and promotion which is given to his career. He is said to have taken a swipe at his detractors who think he is an underrated artist in the music industry.

The singer took to his official Twitter account to point out that he is not an underrated singer, “I’m not underrated; it is industry media and influencers that are retarded,” Brymo wrote on Twitter.

“They are desperate to know how I do so much with so little and I am not even done anything yet,” he added