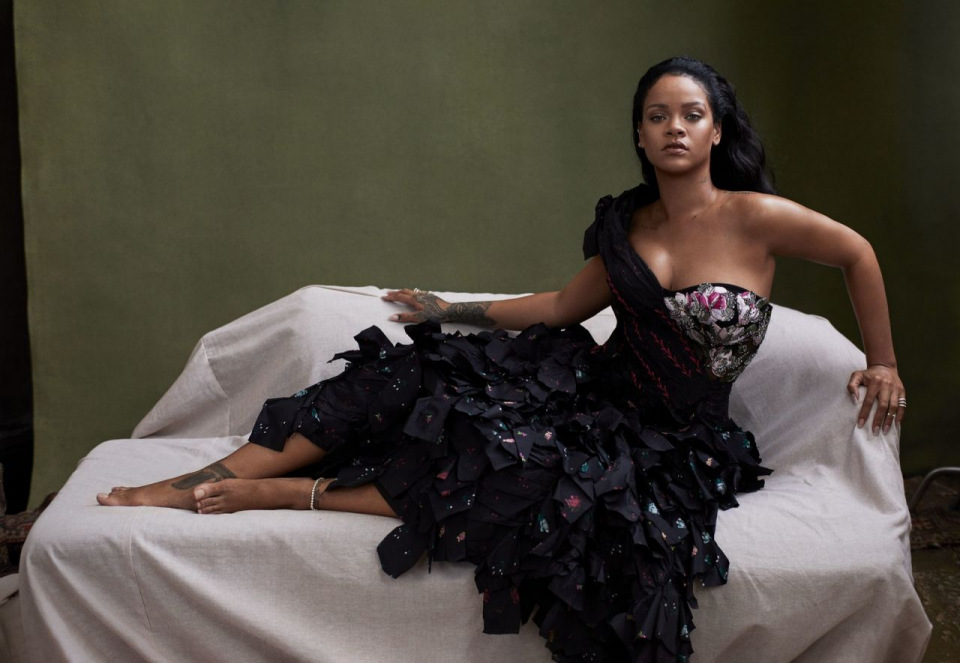 Rihanna will be on the Vogue USA magazine cover for their November issue. She graces the cover wearing Fenty and in it she discusses many things including music and the highly anticipated album #R9. There was speculation of a December release but Rihanna is not committing to that date or the month or any time at all.

#R9 has been rumoured to be a reggae album and even Koffee spoke about being in contact with her and the team. Rihanna however states that it will not be full on Reggae but a reggae-infused album. This essentially means that there will be elements of Reggae in each and every song in the album. She talks about hers and Lil Nas X collaboration which she however doesn’t box it to music or fashion, just a collaboration.

Last year, Rihanna was to be the performing act during the Super Bowl halftime show. It was however reported that she declined the opportunity to do so in support of Colin Kaepernick. She talks about this in the magazine as having a bigger magnitude than just Colin but also supporting the black community at large. She states that had she performed it would have felt as selling out at the cost of her people who are being affected.

Well, it seems we are waiting for #R9 without any promises but Rihanna promises to be back on the Met Gala red carpet next year.