Wizkid, Davido and Tiwa Savage Don’t Deserve To Be Nominated For Artiste Of The Year? 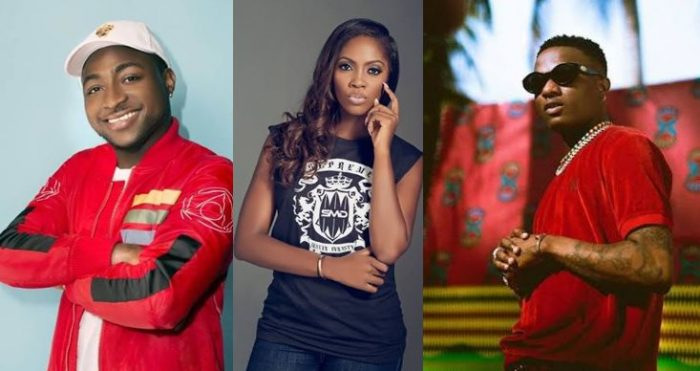 The Headies Awards continues to be the most talked-about topic for a few days now. Omissions, questions about who should have been nominated and some shocking observations.

Burna Boy led the nominations, being nominated in almost every category.

But what’s up with WizKid, Davido and Tiwa Savage being nominated for artiste of the year?

The trio of Wizkid, Davido, and Tiwa Savage were missing in the major categories from best recording to sing of the year but when it came down to the artiste of the year, they were surprisingly included.

Tiwa Savage particularly had a quiet 2018 with only Lova Lova as her most impressive sonic effort. Songs like Labalaba, One didn’t hit the mark and if the nominations were based on the strength of music dropped in the year under review, Teni had more hits with Case, Askamaya and Uyo Meyo.

Wizkid and Davido had a similar year. Only two to three singles last year with most of their songs being record label songs and collaborative efforts.

You might mention “Soco or Fake Love” for WizKid but those records belonged to Starboy and Davido can only lay claim to Assurance as his only major hit for last year. WizKid can’t say the same for Fever as the single fizzled out quickly. Read More on Naija Loaded