Fresh On The Stereo 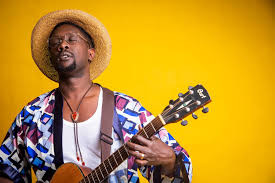 Every day artists bless us with new music and our job is to update your playlists with these new releases. A couple of artists have gone hard on YouTube for the hot drops and we couldn’t be happier.

Tetu Shani has been having people belt out his new song Sema and turned it into a challenge. He has finally dropped the video which is directed by Wanja Wahoro and Junior Nyong’o. Sema is a feel good song which is visible in the video which is all done in a car; just Tetu and his friends being in their element having a good time. It is a simple song in writing layered on many instruments which brings in a complex arrangement to it.

Sir asked Kendrick onto his track Hair Down. The song is about relaxing and unwinding hence the title ‘Hair Down’. Sir has a very retro voice that makes it sound as though he is singing at a different sphere from all us. Kendrick marries well with a great fast paced, laid back rap. The video is also very retro and is just about sir unwinding in his own world with crashing waves as an underlying sound.

Mag 44 and Pompi have been long time collaborators. They take such a fun twist to their gospel music and in many ways mirror Lecrea’s style of music. They have a new song out, Nyimbo rather they have released the visuals to their song. It is a colourful video that is full of dancing. They have a hip-hop feel to it layered on bumpy beats which makes it a feel good anthem for their audience.

What will you be hoping the DJ will play this week?