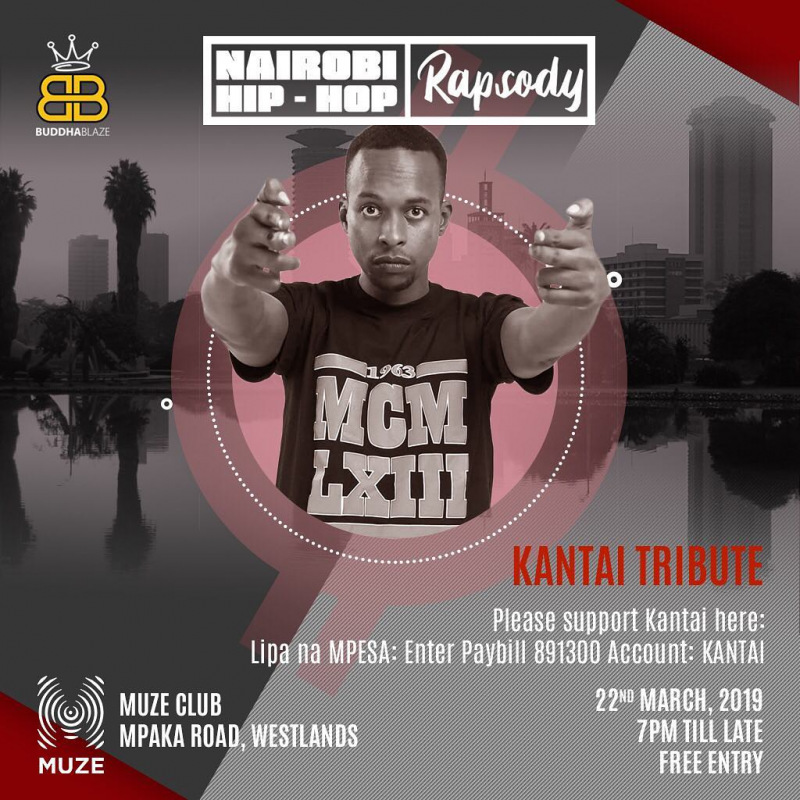 Nairobi Hip-hop Rapsody courtesy of Buddha Blaze went down on Friday 22nd March, 2019. The event was aimed at paying tribute to veteran Kenyan rapper Christ Kantai. The ‘Kantadda’ hit maker recently passed away due to health complications and had been laid to rest on 8th March, 2019 at his home in Ngong’.

Nairobi Hip-hop Rapsody saw the venue flock with both pioneer and new skool hip-hop artists who recognized Kantai as a fallen legend. Even as he struggled with addiction, Kantai lives to be remembered by the legacy he created during the time he was visibly active in the music scene.

Close friends and family were conspicuously visible joining key music industry artists to show respect to a great hip-hop artist. There was a completely explosive showcase of hip-hop music from the performances and even getting to hear most of Kantai’s dope tunes that never cut to mainstream airwaves.

Just to mention a few friends in the industry who were to light up the night; Ukoo Flani, Ban2 Slim, Trabolee, Poqpine amongst others. The show was hosted by the ever vibrant MC Sharon at the Muze Club in Westlands, Nairobi.