Kelele Takatifu excited ahead of the much awaited Mdundo awards. 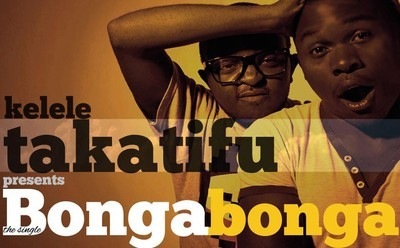 It’s only one day remaining to the much awaited Mdundo awards and popular gospel group Kelele takatifu are gearing up for the big day in spectacular style.

Kelele takatifu have been nominated for the most downloaded group category in the upcoming Mdundo awards on May 1st where they will battle it out with other popular groups like Sauti Sol, Elani, M.O.G, and S.O.C

“It’s an honor to be nominated for such an award; it shows that people out there are appreciating our efforts and what we are doing. We are very grateful to all our fans who appreciate our style of music,” said Didi one of Kelele takatifu members.

Didi also revealed that the group is working on a new video which will be dropping in a few weeks time as they also prepare on launching an album in September.

“We have so many projects at the moment, but we thank God for this nomination. Whether we win or not it will still be an honor to God. The music industry in the country has grown so much and whoever wins will be a deserving winner,” he concluded

The upcoming Mdundo awards are the first of its kind in Kenya which aims to recognize artists whose songs have been most downloaded by their fans.