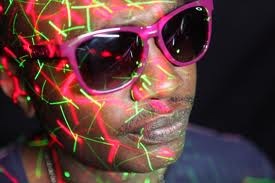 Kenyan music pioneer and producer Bamzigi, the self proclaimed "African Superman', will be making his comeback after the long hiatus from the music scene with a new album.

This is according to his twitter handle, in which he said, "It's time to fire this baby up. #3050Muzik. For my official sophomore album "Shades of Mizuka"… Your boy is back ladies and gents, let's get it in. #ItsTimeToChangeTheGameAgain #UrbanKenyanHipHop #MizukaRevolution #ElectroHipHop #SwahiliHipHop #HiphopMizukaFusion #3050Muzika".

Some of his past hits include "Rusha", "Songa", "The Bounce" and his recent compositions like "Mizuka" and '254".

So if you know these tracks then you know Bamzi is clearly into it when he says "It's time to fire this baby up" Considering what Bamzi has in store for you? No one will be prepared for this.

Are you excited?I know I am!