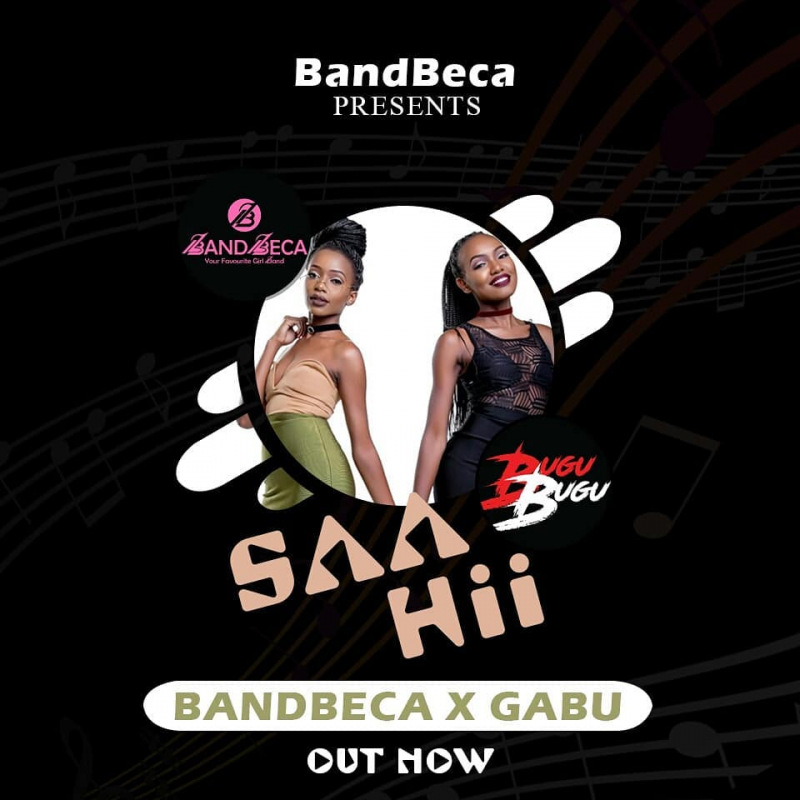 The young and talented duo The Band Beca are back with 'Saa Hii' and they were undoubtedly missed. Their Coke Studio 2017 Debut was a great milestone as they had the opportunity to collaborate with great artists in Africa namely South Africa's AKA and Nigeria's Olamide.

They shortly after released 'Ride or Die' that received quite the warm reception from their fans. The silence since has proved to be some time they took to brew yet another one of their captivating tracks.

Releasing 'Saa Hii' featuring Gabu P-Unit, they are bragging over 5000 views on their Lyric Video on YouTube in less than a week. Gabu brings in quite a fresh hiphop sound and blends with the girls just perfectly.

This adds on to their list of hits like their 'Brathe' that had them burst through the charts and brought them to the light. So glad to hear from the girls.

Listen to Saa Hii by The Band Beca ft. Gabu P-Unit on Mdundo