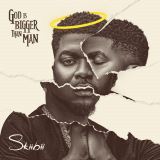 Rank: 642 ↘ -110
Born Abbey Elias, Skiibii Mayana is a Nigerian popular singer, he was signed to Five Start Music in 2014 where he released a number of hit songs like 'Ah Skiibii'. He left his former label last year to start More Grace Music, his own creative enterprise, MoreGrace Music World, where he is working on his debut album. (more)
Promote artist ↑
report
Get Latest DJ Mixes
More Songs

Real name Abbey Elias, Skiibii is a Nigerian singer and songwriter. He was born on the 5th of July in Lagos state southwest Nigeria. The name SkiiBii means a sharp and smart person. The name was given to him by his uncle who used to call him “Omo to Skiibii”.

In 2014, Skiibii earned his first record deal, penning down a contract with Five Star Music owned by singer KCee and his brother E-Money. The following year he released his first single, an upbeat dance tune titled Sampu.

In 2015, news of Skiibii’s death hit the internet and spread like wildfire. After a few hours, his then record label Five Star Music released a statement saying that the singer only passed out for a few hours and has been resuscitated. The stunt was not received well as the singer received a lot of backlash on social media.

Speaking about the failed stunt, Skiibii revealed that he faked his own death because he felt very underappreciated and wanted to become popular at all costs. Irrespective of the popularity that came with the stunt, it took a while for the stigma that came with the stunt to wear off. And SkiiBii had to prove that he was talented enough to be recognized as he wanted. Moving on from the death episode, Skiibii released a brand new single “Ah Skiibii” in 2016 and the record was well received. He further went on to get Olamide on the remix and the record did very good numbers.

After three years with Five Star Music, Skiibii moved on to set up his own record label More Grace Music World. The split happened amicably as it was a mutual agreement between him and Five Star Music. Label CEO KCee was quoted as saying “My brother, my friend… Its been an amazing journey with you as part of the Five Star Family all these years. As you proceed and go forth as a man on your own, the entire Five Star Music family wishes you well and we’ll be here for you to support you as always. @skiibii God blessings on you we love you.”

On the 17th of October 2018, he dropped the monster hit record “Sensima” featuring Reekado Banks. The record did very good numbers and topped several charts in the country. With the record his relevance in the music scene grew and he became a more recognized name in the music industry. From the release of Sensima, his career has been on an upward trajectory. He scored another hit record with “Daz How Star Do” featuring Teni and Falz released on the 24th of May 2019.

Finally on the 26th of November 2021, the long awaited first project from the singer was released. The project titled God is Bigger Than Man is a seven track extended playlist featuring Crayon, Zlatan and American rapper DeJ Loaf. Off the project is the fan favorite tune, Baddest Boy which featured DMW Records boss, Davido on the remix.

Skiibii’s style of music is basically Afrobeats and Afrobeats.

Latest Skiibii songs are online on Mdundo.com and available for download in mp3.