KENYA: Singer Akothee Goes on Rant About 'Illuminati' After She Was Robbed 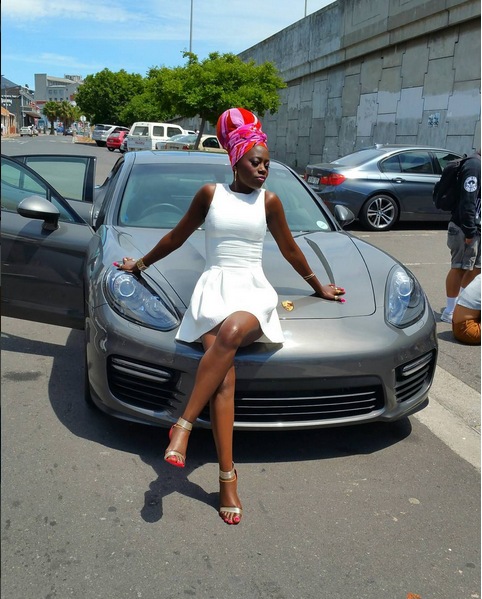 Singer Akothee is never one to shy off from expressing herself and I mean if you are one of the richest female entrepreneurs and musician in the country why should you.

And conspiracy theorists have long associated successful people with the 'Illuminati' and Akothee has not been spared from this special tag either.

However she has paid no mind to these rumors until recently when the unexpected happened.

The outspoken singer was not a happy woman recently when thieves allegedly trespassed onto her ranch in Rongo, Homa Bay County making away with several of her crops and destroying many of them in the process.

Akothee was taken aback by the thieves’ actions saying they were reaping where they had not sown, quite literally as it turns out.

“…He has plucked till the heart of the Veges, but it took me only 2 months to achieve this it’s not a miracle, where we're you when I was planting this , don't we have the same climate & the same fertile soil ? Don't we have 24 hours a day?”

“It's true poverty is a state of mind, I wish you could learn from your neighbor that all is possible, you call me Illuminati but you still steal my sweat to quench your thirst, why were not afraid that Illuminati will catch you, ILUMINATI IS A TERM USED BY LAZY PEOPLE, SUCCESS IS PURE HARD WORK, HUSTLE IS REAL LOOK AT THIS ONE HUSTLING IN MY GARDEN”

Well there you have, Akothee has shared what she thinks about the ‘Illuminati’ propaganda, question now is what say you?