KENYA: After Making the Viral Swahili Cover of 'Hello' Together, Dela and Sauti Sol's Fancy Fingers Back in Studio Together

A lot is said about Dela’s amazing Swahili rendition of British singer Adele’s record setting hit ‘Hello’, but what many may not know is that Sauti Sol’s guitarist and producer Polycarp Otieno a.k.a Fancy Fingers played a major role in making the cover a hit.

It was he that produced and mastered the Swahili cover of ‘Hello’ and no one appreciates the major role he played in making the song a viral sensation more than Dela.

And if there’s anything the song proved is how much synergy and how well the two work together. Now months later after their ‘first baby’ the two are back in studio together working on what could be yet another hit record. 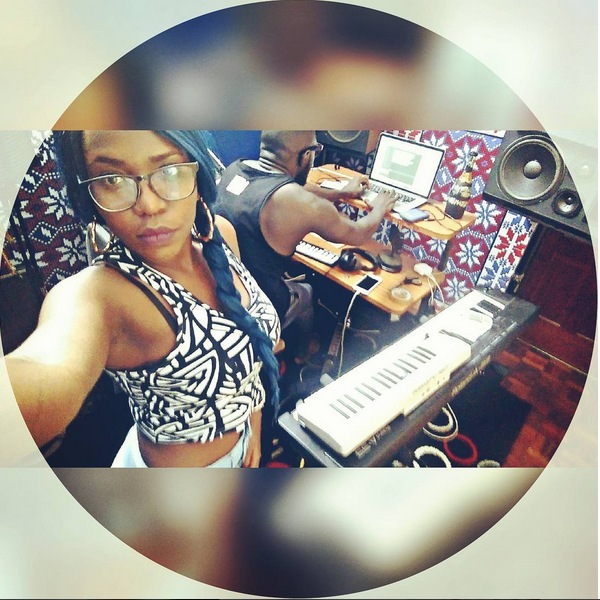 This was revealed yesterday when Dela posted a photo of them both in the studio together and captioned it with the words ‘Cooking’.

Well if their first work of art is anything to go by, then we all just can’t wait to sample what they cooking up next.