JAM OF THE DAY(KENYA): Get Yourself Some Sauti Sol Therapy - 'Live And Die In Africa' 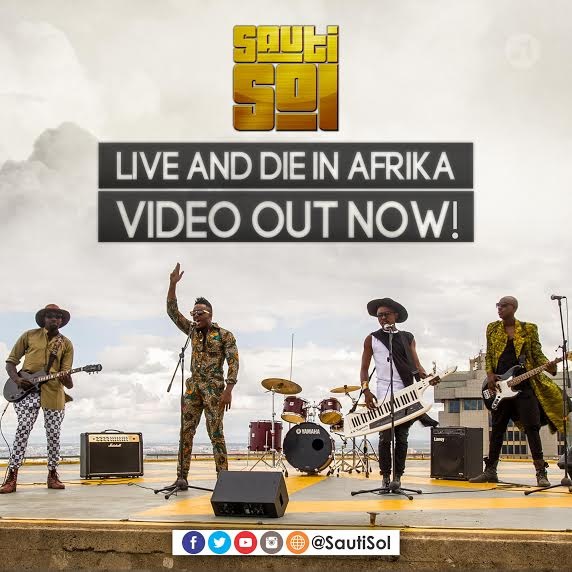 The album is a celebration of the African continent coming of age, flaunting the richness in cultural diversity , talent and resources. And now we finally have a generation that fully believes in this continent and her great potential.

African diaspora is on a mission to reconnect with their roots, be it through music or other media. There is a willingness to aspire everything and anything African. “In California, they have been dancing to Sura Yako,” (Barack Obama).

They sing and dance to the same tune at a wedding in Moshi, Tanzania. There is a willingness to Live and Die in Afrika. These are the united minds of Africa. Minds that will LIVE AND DIE IN AFRIKA!