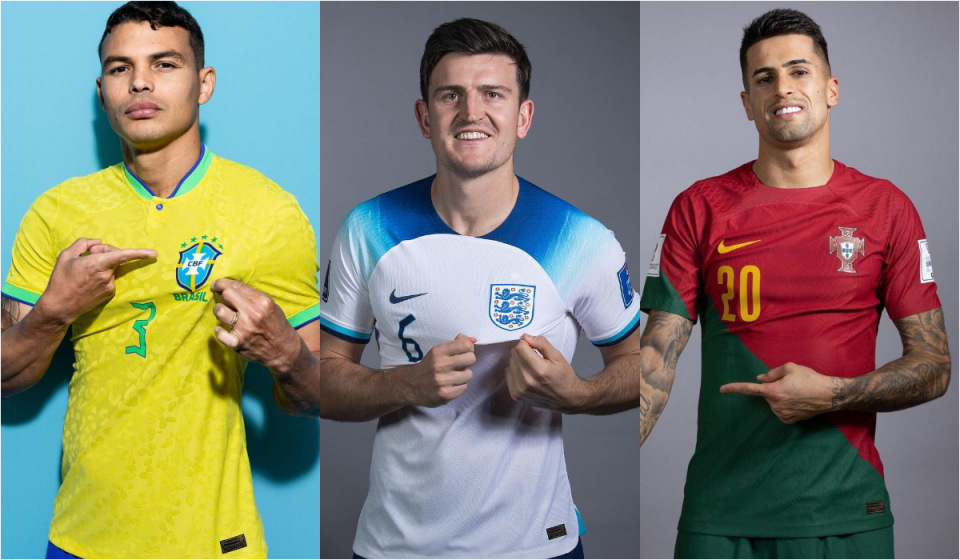 Here are the Best Performing Premier League Players at the World Cup.

The 38-year-old Brazilian defender continues to defy physics with his performances. Granted, Brazil didn't have too much defending to do in their 1-0 win over Switzerland, but when they did, Silva was calm and composed alongside Marquinhos at the back.

The Manchester United skipper has been impressing at World Cup 2022, keeping two clean sheets in three games for England, and also providing an assist.

For England, Maguire is an undisputed starter along with John Stones. His displays in Qatar have shown why Gareth Southgate has kept faith with him.

The Manchester City fullback has featured in both group games played and has been crucial for Portugal in the games against Ghana and Uruguay.

The Man Utd full-back has picked up one assist so far in Qatar, a tally he will hope to build on as he forms a fundamental part of Southgate's World Cup charge.

Casemiro scored a late winner as his country beat Switzerland 1-0 on Monday, to qualify for the knockout stages of the 2022 World Cup. He also featured in Brazil's opening match in which they defeated Serbia.

The Manchester United playmaker has assumed the role of a talisman for Portugal having scored twice and assisted two other goals, establishing himself as the stand-out player in their ranks so far in the tournament.

The Arsenal youngster has continued his club form with The Three Lions, helping England with two goals in their 6-2 victory over Iran.

Chelsea star Havertz came off the bench to score two goals against Japan on Thursday. The 23-year-old forward - who came on as a substitute for Germany in their last stand at the Al Bayt Stadium - was awarded Player of the Match for his impactful performance.

Still yet to play a full 90 minutes for England so far, Marcus Rashford is the joint-leading scorer of the tournament with three goals against Iran and Wales. He looks like a different player from the distraught player lacking confidence in Euro 2020 over a year ago.

The Tottenham Hotspur forward is having a fantastic World Cup experience, scoring two goals in Brazil's opening game against Serbia, one of which is now the goal of the tournament contender.