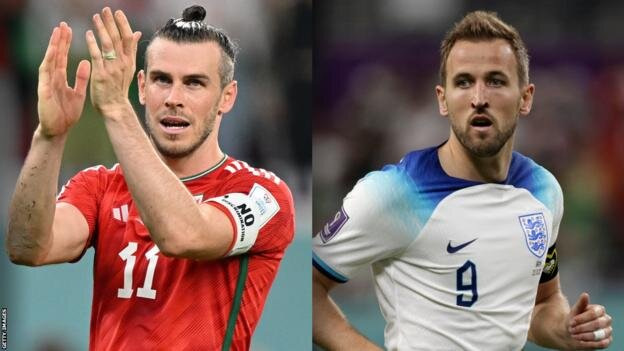 A pivotal battle of the Brits takes place in World Cup 2022 Group B on Tuesday evening, as Wales take on familiar foes England at the Ahmad bin Ali Stadium.

The Three Lions will progress to the last 16 as group winners with all three points, while Wales - who lost 2-0 to Iran on Friday - must triumph and hope that other results go their way to stand a chance of making it through.

Even with 11 men on the pitch against Iran, Wales never really looked like scoring - with Page describing his side's pre-red card performance as "not acceptable" - and their winless streak in all competitions now stands at an abysmal seven matches.

Should Wales fail to take all three points in Tuesday's game, it will mark the first time in their history that they have gone through a major tournament without a single win to their name, but they may be able to take some encouragement from England's similarly dismal showing against the USA.

A draw would also be enough for the three lions to progress - albeit while leading to a familiar sense of pessimism for the rest of the tournament - and a paltry record for England has seen them post just one win from their last eight in all tournaments.

England is the favourite to win at 1.47 odds.