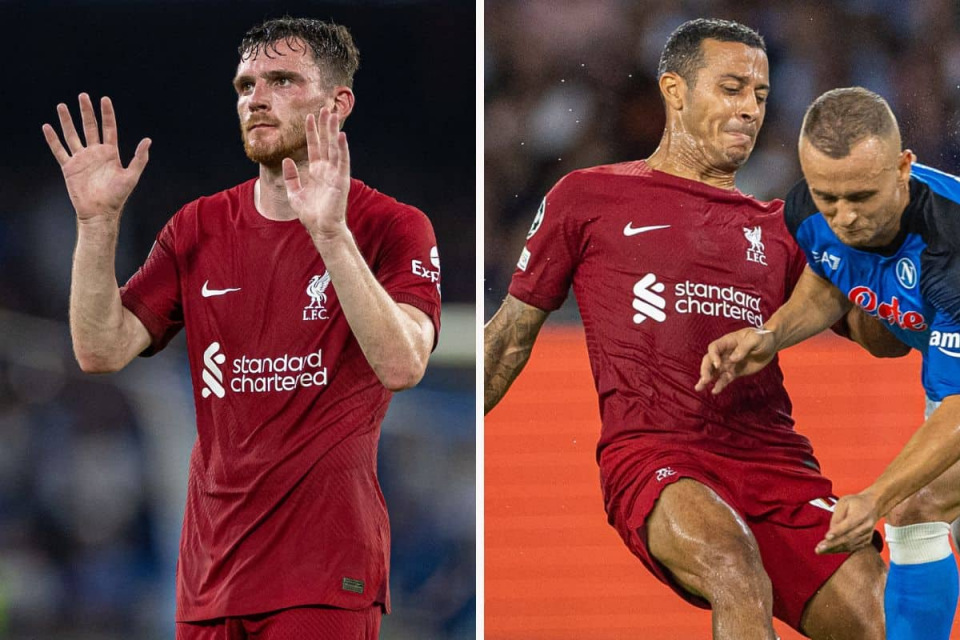 Two sides on opposite ends of multiple-goal showdowns last week do battle in Tuesday's Champions League Group A contest at Anfield, as Liverpool plays host to Ajax.

Jurgen Klopp's side was ripped to shreds 4-1 by Napoli on matchday one, while Alfred Schreuder's side hit Rangers for four without reply.

Luis Diaz's consolation was all the travelling Reds faithful had to cheer against Napoli, which saw Liverpool's underwhelming start to the new campaign reach a low ebb, and they are already playing catch-up in the fight to make the last-16 as they currently occupy third place in the group.

Ajax was in seventh heaven themselves as they taught Rangers a footballing lesson in a 4-0 success, with Edson Alvarez, Steven Berghuis, Mohammed Kudus and Steven Bergwijn coming up with the goods in Amsterdam.

The Eredivisie champions have only posted two defeats from their last 25 away matches in all European competition, although their most recent such loss did come at Anfield courtesy of a 1-0 scoreline in 2020.

The return to fitness of Thiago Alcantara against Napoli was a welcome boost to Klopp's depleted midfield, as the Reds prepare to work without Jordan Henderson, Naby Keita, Alex Oxlade-Chamberlain and Curtis Jones once again.