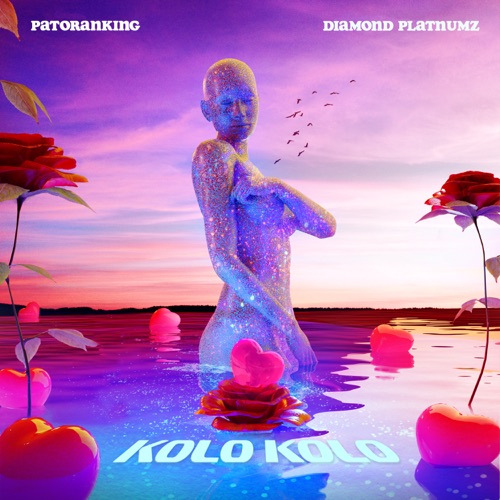 Join Mdundo For Artists On Telegram

It is yet another new week and the latest music coloured the weekend in style. More than anything else, the world is in love with the tunes from the west. The past week was another special one for Nigeria’s music industry.

It was a week that saw the release of mega collaborations between key Nigerian artists and other big names in Africa and the US. Check out the list below and update your playlist.

Young Willis produced this euphoric hit that, once again, shows how outstanding and versatile Patorankiing is. Diamond doesn’t disappoint either with his music bravado still taking precedence.

Besides the magical vocals by both artists and great visuals, the saxophone rhythm throughout the song is mellow. It elevates the song to a whole new level. ‘Kolo Kolo’ is Patoranking's second team-up with the Diamond Platnumz following the 2018 released "Love You Die" which garnered over 57 million views on YouTube.

American pop star, Selena Gomez remixed ‘Calm Down’ off  Rema’s ‘Rave and Roses’ album. The Afrorave star did exceptionally well with the remix which Gomez’s sultry vocals doing enough justice to the record.

Rema brings the good vibes and the harmonious words, while Gomez provides a great counterpoint and a satisfying conclusion to the verse.

Celebrated Nigerian DJ DJ Spinall is back with a huge pop song ‘Power’ (Remember Who You Are) featuring DJ Snake, Summer Walker and the talented Äyanna.

‘Power’ is a memorable piece of Pop music from the best in the industry.

Don’t write him off just yet, Solid Star is back with ‘Duro’ a mellow and laid-back Afropop tune. It's the third sequel to his earlier singles, "Solid Billion" and "Lele” released earlier in the year.

Budding Nigerian singer and songwriter Jaido P has released a new hit titled ‘Pablo Moves’. It certainly blows the brains of everybody who listens to it courtesy of producer Soundz.

‘Pablo Moves’ is the second track on his new double-single release. The new songs usher him into the third quarter of 2022, and will also help him maintain his footing in the industry.

Track 2 of 2 from Jaido P's new offering. ‘Disturb’ is a new potential hit single for 2022. It is a seamless fusion of Hip Hop's signature lyricism and rhythmic energy.

Joeboy reunites with Tempoe, the producer of his huge hit "Sip (Alcohol)," in this new record, "Contour." It’s his second single of the year after ‘Cubana’.