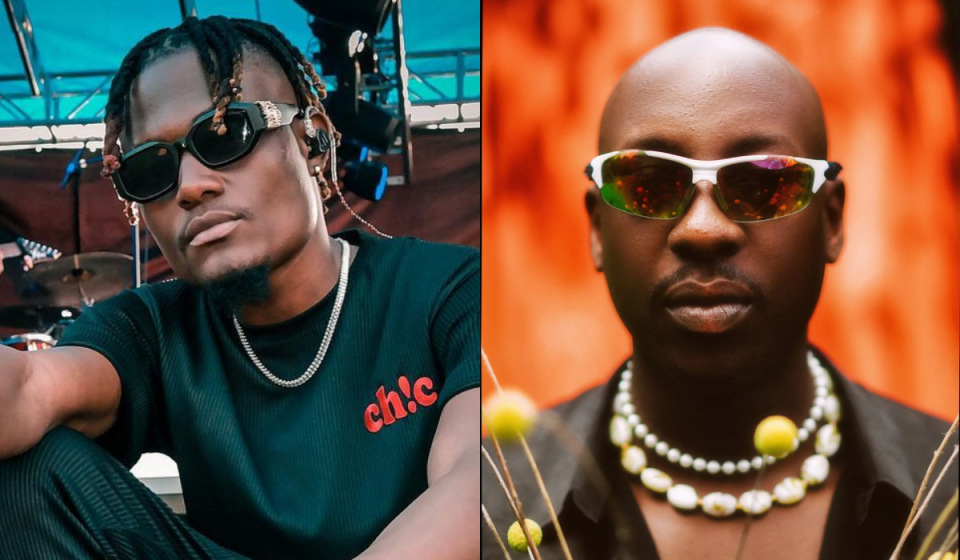 The month of July 2022 has ended on a high note on the Kenyan music scene with entries of new songs being witnessed. Various music charts have been shaken up by the new releases with some of the songs climbing up the ladder to take top spots.

The artists presented varied themes including love, entertainment, politics, and leadership among many others.

Here are the newly released top songs in Kenya;

Coastal musician Masauti has released a political song dubbed 'Baba The 5th'. The singer showers Opposition leader Raila Odinga with praise. He endorses the ODM party leader as the next president of Kenya. Masauti through his melodious voice and poetically tailored lyrics reflects on Raila's manifesto and his bid to transform Kenya.

The song comes at the height of political campaigns ahead of the August general election.

Sauti Sol's lead man Bien has released a new single titled 'Inauma'. This is an artistic piece in which the singer narrates the story of heartbreak. The word 'Inauma' translates to 'it pains' in English. Bien sings of how he was left in pain by his long-term lover after they broke up. The song is full of emotions with the rhymes in lyrics effortless flowing into each other from one line to another.

Kenyans have welcomed the audio warmly with the majority of netizens confessing that what makes the song unique is the message's relation.

Multi-Award-winning Kenyan boy band Sauti Sol has dominated the airwaves with their latest song 'In My Head' featuring BET awards nominee rapper Khaligraph Jones. The song captures the status quo of the political mood in the country. The artists send a strong message to irresponsible politicians who are seeking leadership positions in the August 9 polls. The song further advises the citizens, especially the youth, to make a wise decision on the ballot and elect good leaders.

Celebrated musician Otile Brown is flying high with his latest release 'Celebration'. The song, which is trending on YouTube, preaches about celebrating life. The singer in the new release expresses versatility in his style of music. Otile Brown is popularly known for singing in Swahili. In this new hit, however, not only does he sing in English but also brings in some RnB and dancehall vibes.

Otile Brown's new venture has been treated to a warm reception by the fans. Some of the stakeholders in the music industry believe Otile Brown is looking to expand his fanbase beyond East Africa, hence his choice of language.

Former signees of Saldido International record label Klones Melody and Miss P have released a new song named 'Sheree'. This is a club banger that is suitable for a party or club register. The beats of the song are fast enough to get any reveler on their feet. The lyrics, on the other hand, complement the theme of the song as they paint the picture of having fun at a club.

The two present special chemistry in the song with their vocals seamlessly marrying each other.

Top ranking Gengetone bands Boondocks Gang and Ethic Entertainment have teamed up to release 'Naskia Wa'. The two bands who are known for producing viral club bangers do not disappoint in the new release. Each of the artists in the song individually puts their best foot forward, resulting in the creation of the masterpiece. The song has a cool vibe that will definitely get you nodding your head along.

Members of the two bands have been working on individual music projects for a while now. Fans had missed the collective chemistry that comes with them as a band. The collaboration of the two groups was, therefore, a pleasant surprise to their fans.