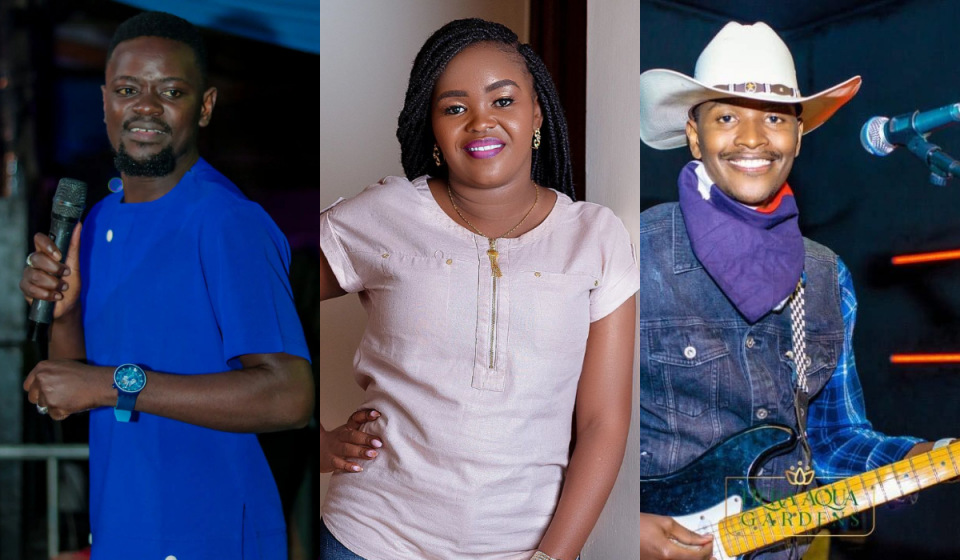 Versatility in the Kenyan music industry has continued to widen with new styles and genres being welcomed. Music in the new generation has been styled to suit every single person's taste and preference.

One important factor that has developed music as an art in the new generation is the use of vernacular language by musicians.  This new style of tailoring songs into one ethnic language has intensified in the year 2022. Consequently, the above-stated period had seen the rise of vernacular artists into nationwide stardom, as opposed to before when they were only celebrated by the specific community where they hail from.

Here are the top five vernacular artists who have been dominating the trending charts in 2022:

Samidoh, who has been crowned as the king of Mugithi music, has expanded his fanbase beyond the Kikuyu community. The singer uses the Kikuyu ethnic language in his songs. The themes of his songs, however, are not limited to the ethnic group. For instance, in his new song dubbed 'Nairobi City' Samidoh sings about the lifestyle in the Capital City. The theme is one which the majority of people relate with, including those who are not from the Kikuyu community.

The singer's music activities have expanded beyond the borders of Kenya. The 'Murata Wa Ngai' hitmaker has staged successful music performances in the USA and Dubai.

In 2022, Samidoh released 'Nairobi City' which topped the charts for several weeks and gained more than one million views on YouTube.

Prince Indah who hails from the Luo Community is popular for his success in Ohangla music. Ohangla music stems from the Luo Community and bears a distinct instrumental signature. Over the past months, Prince Indah has earned the attention of music lovers across the country courtesy of his collaboration with celebrated musician Bahati on the song 'Adhiambo'. The song gained massive success and has so far accrued over 15 million views on YouTube. The singer has also collaborated with other music stars such as Khaligraph Jones.

Prince Indah released two solo projects in the year 2022. The first song 'Te Amo' was released in January and has approximately two million views, the second song is 'Girwa Ni' which has more than three million views.

Popular Kalenjin musician Patoto Pa Sweet Star dominated trending charts in 2022 thanks to his viral song 'Kuresoi' featuring 2nd Junior. The song whose theme is love and marriage in a traditional African set-up, won over the hearts of many and has so far gained close to half a million views. The singer from Eldoret has risen to become one of the most sought-after vernacular musicians in the new generation of music.

Some of his other top songs include 'Totio', 'material', and 'Sotet among many others.

Celebrated gospel music star Shiru Wa GP continues to dominate the trending charts in the new generation with her powerful songs. The singer who sings in Kikuyu language uses her songs to minister and preach about Christian teachings. She has been in the music industry for close to a decade.

The singer released two hit songs within the first half of the year 2022. Both of the songs 'Uguurio'  and Umuthi' 'featuring Sammy K got into trending charts and gained more than half a million views.

Renowned Kamba musician Alex Kasau Katombi has earned huge success within the first half of 2022. He has released five songs with the majority of them getting into the trending charts. His consistency has seen him maintain relevancy and be able to penetrate nationwide music marketing, hence extending his fan base to other regions of the country.