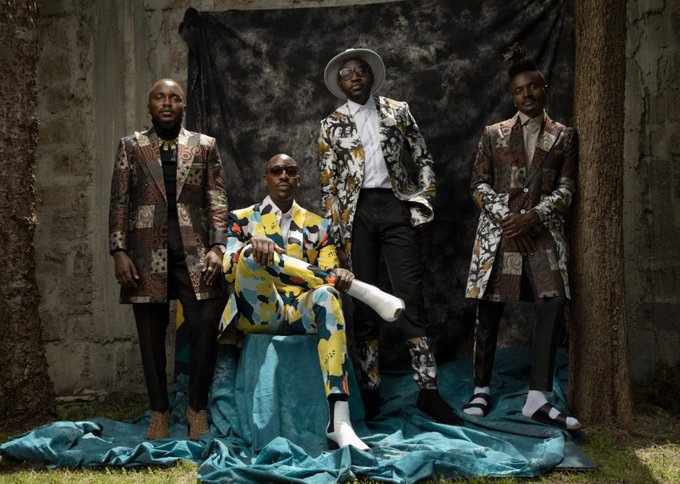 Celebrated Kenyan boy band Sauti Sol has postponed its Europe tour following the delay in processing their travel visas. In a statement released to the press, the band explained that the delay stemmed from the ongoing Ukraine crisis, which has made it hard for the UK embassy to procure the travel document within the required time frame.

The multi-award-winning band apologized to its fans for the disappointment and inconvenience caused by the postponement of its music tour. The band has, however, promised to make it up to their fans when the tour finally happens.

All the tickets that were purchased for the concerts remain valid as the band reschedules their plans. New dates for the music tour will be announced soon after coordination with UK promoters.

This is the second time that the band is postponing the tour over visa delay. The band's lead man Bien early this year expressed complained about the delay in processing the vital document.

"It Is with the utmost regret that we have to once again postpone our shows in Europe. Despite applying in time, we are Informed by the UK embassy that delays occasioned by the Ukraine Crisis has made it increasingly difficult to procure the necessary travel Visas in a timely manner. It is with heavy hearts that we disappoint our fans and only hope to make it up to everyone that looked forward to joining us. We are working with the UK venues and promoters to have the rescheduled dates announced next week when we have word of when the UK visas will be granted. All tickets will remain valid," Sauti Sol's press statement read. 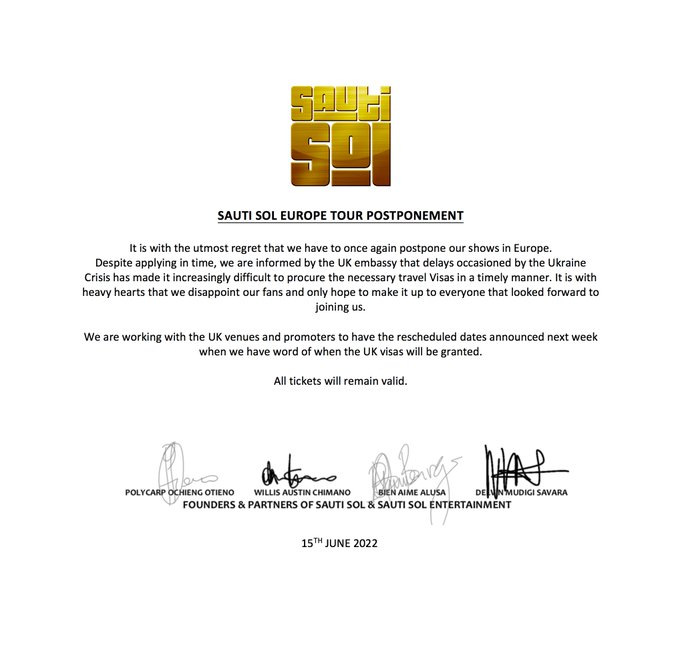