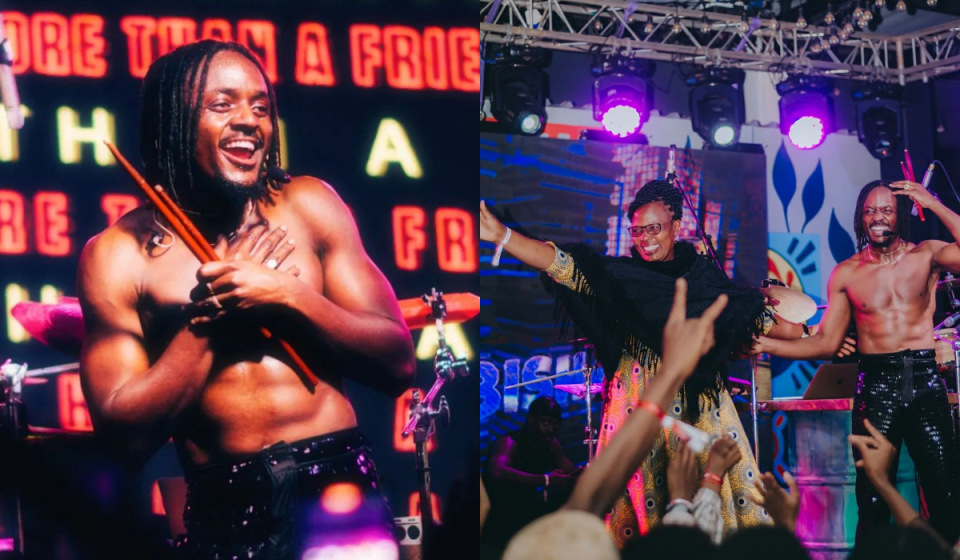 Celebrated singer and member of Sauti Sol band Savara has expressed gratitude to various stakeholders who contributed to the success of his Savage Level album launch. The launch took place at the sold-out Drip Fest concert on the night of June 12th, 2022. This was the first event to be organized by Savara as a solo artist.

Savara, through a statement that he published on his social media platforms, appreciated his fans, family members, and colleagues whose efforts contributed to the immense success of the event. He particularly thanked his mother, who not only designed his outfits for the event but also graced the occasion.

"Last night changed my life. Y'all really SOLD OUT my first solo show! Still processing the emotions... There are so many things I want to say, feelings I want to express and so many people I want to thank. I will definitely get to do so throughout the week. For now, my heart is full. I just wanna thank my Original designer, my Fashionista. Thank you MAMA for gracing us with your presence. I love you mama," Savara wrote on Instagram.

Savage Level is the first album from Savara. This was part of a project organized by the Sauti Sol band which saw each of the band members release their solo music projects. The 14-track album has been treated to a warm reception among the fans. Top stakeholders in the Kenyan music industry have congratulated Savara for the milestone in his music career.