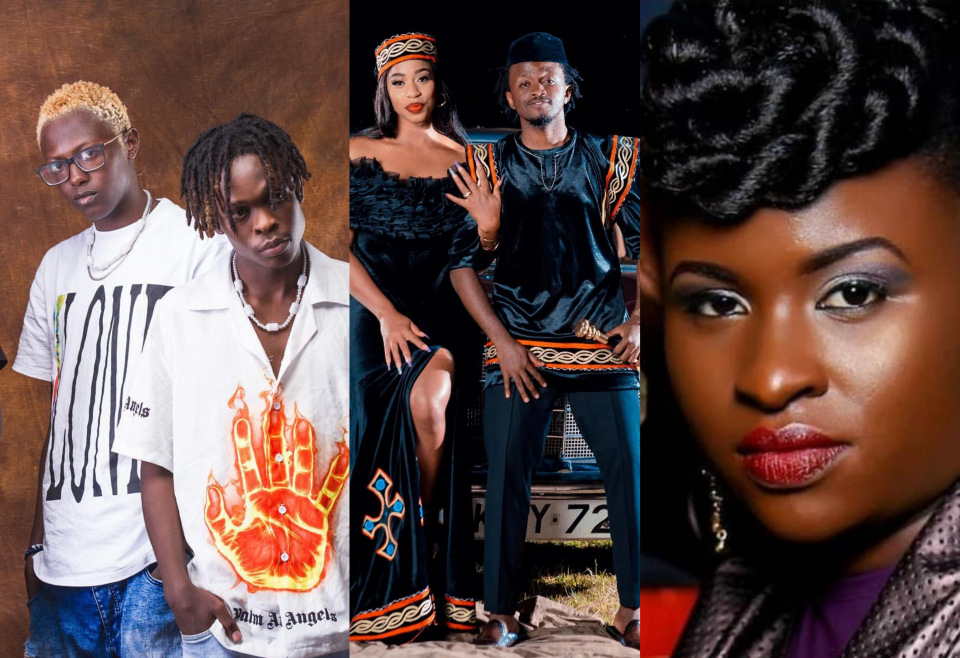 Kenyan musicians continue to fly high with their newly released hit songs. With the fifth month of the year coming to an end, top artists in the music scene made it count with new songs that have taken over the airwaves. Majority of the music projects that were released within the past seven days were collaborations between various artists in the country and beyond. Here are the newly released songs in Kenya:

Kenyan celebrity couple Bahati and Diana surprised their fans with a collaboration dubbed 'Sweet Love'. This comes a few months after Diana Marua successfully launched her music career as Diana B. All of her songs become instant hits making her one of the most sought-after female rappers in the country. After releasing 'One Day', 'Hatutaachana', and 'Mubaba' featuring upcoming star Vinny Flava, fans were more curious to see what next she had in store.

In the song 'Sweet Love', the two love birds through the well-written lyrics express how they feel for each other. Bahati handles the vocals while Diana B spices it up with rap. The song which was produced by Teddy B has been received warmly by fans online and is close to hitting a million views on YouTube.

Popular Gengetone group Mbuzi Gang is currently topping the charts thanks to their new song 'Soko' featuring Harry Craze, Unspoken Salaton and Vic West. The song addresses the need for single people to get back to the dating scene after handling heartbreaks. The artists deliver their message through creative punchlines and a humorous storyline in the music video. The song has been produced by Mavo On The Beat under Black Market Records.

Popular Kenyan comedian Kartelo has made a comeback to the entertainment scene through a song titled 'Kwa News' featuring VDJ Jones and Lucci. The comedian had taken a break from the busy entertainment industry to focus on personal matters. Kartelo through the new song has proven that indeed he is a jack of all trades.

'Kwa News' addresses alcohol addiction, with the artists explaining how they want to gain the attention of the country by using alcohol. Kartelo starts the song and surprises his fans with his effortless rapping skills before Lucci jumps on the track in the second half.

Celebrated Kenyan gospel star Mercy Masika has blessed her fans with a new song dubbed 'Divai' featuring Tanzanian music icon Christina Shusho. Through melodious soothing voices, the two vocalists preach about the greatness of God to those who trust in Him. They praise God and spread the gospel of how He will not allow shame to come to those who believe in Him. The chemistry between Mercy Masika and Christina Shusho in the song is not only artistic but also pleasant to the ear.