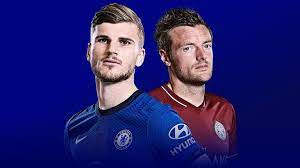 Chelsea will be out to bounce back from their FA Cup disappointment and finish the season in the best way possible, beginning with their match against Leicester City on Thursday night.

After their FA Cup disappointment over the weekend, the Blues have had their place in next season's Champions League confirmed and need only a point to guarantee the third position.

On the other hand, Leicester City has struggled to achieve their objectives this season and is set for a mid-table finish. They have also conceded a lot of goals away from home this season

Ben Chilwell has returned to training for Chelsea but will not make the match, along with Callum Hudson-Odoi.

Chelsea is the favourite to win at 1.38 odds.