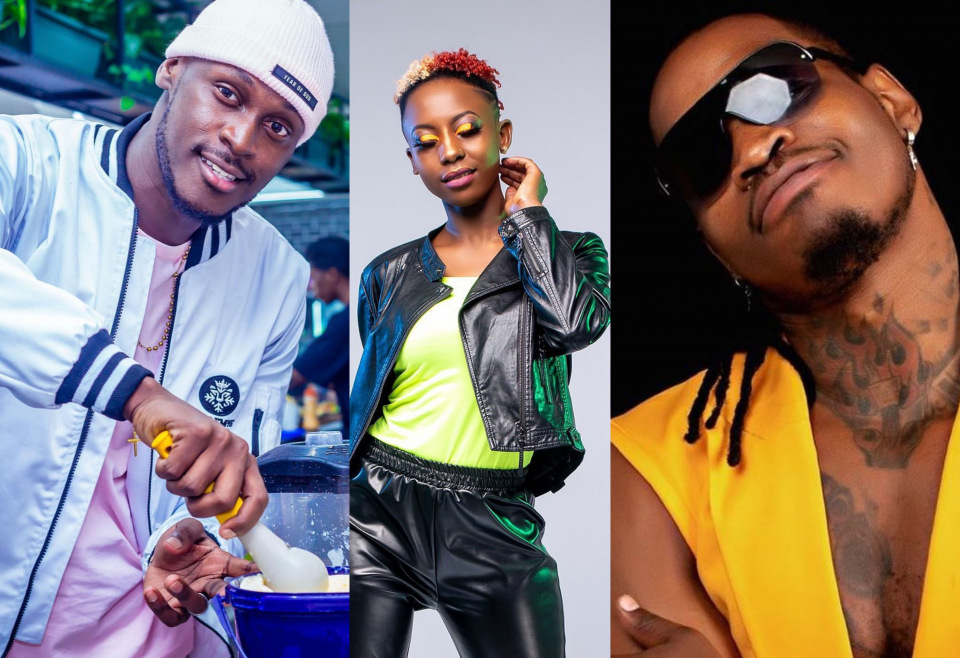 The Kenyan music industry has been graced with new songs from top artists. The past week saw the release of songs that have not only made it to the trending chart but also won over the hearts of many. Some of the artists who had been silent for a while also made a come back during the period. Here are some of the newly released top trending songs in Kenya:

Celebrated Kenyan artist Willy Paul teamed up with Cameroonian singer Daphne to release a song dubbed 'I Love You'. The song which was produced under Saldido International is a story of two love birds, who have been in search of love and have finally found each other. The two artists who are the personas of the story pour their feelings out for each other. The official video of the song is not yet out, but its lyric video has gained thousands of views within a few hours of its publication on YouTube.

Trending at number 25 on YouTube is King Kaka's latest song titled 'Maliza Na Pombe' featuring Sol Generation artists Nviiri and Bensoul. 'Maliza Na Pombe' which was produced by Bern And So Fresh, is a feel-good song that is suitable for a club or party set up. The song has been received warmly by fans and had gained close to 100,000 views on YouTube at the time of the publication of this article.

Fast-rising artist Beryl Owino has released a new single 'Dakika'. 'Dakika' which features popular gospel artist Weezdom as the video vixen, is a love song in which the singer expresses her immense love for her boyfriend. From the start to the end of the song, Beryl Owino displays mastery in her vocals and the content of the song. Beryl has previously worked with other established artists such as Matonya on 'Slowly'.

Kenyan queen of rap Ssaru has released the remix of the popular Gengetone song 'Nawacha Pombe' in collaboration with Kushman and Benzema. The song preaches abstaining from alcohol. The artists in the song explain the negative effects of alcohol and why they have decided to abstain from it. The creativity in the song with a little touch of humor in the lyrics makes it not only ear-catching but also educative.

After being silent for several months, Timmy Tdat is back with 'Ijaber'. The word 'Ijaber' is derived from the Luo community and translates to 'Beautiful' in English. Timmy Tdat in the song praises the beauty of a woman to whom he is attracted. The song which has been produced by Vicky Pondis has been received warmly by fans. 'Ijaber' is the second music project from Timmy Tdat for this year after he released 'Back to the Sender' at the beginning of the year.