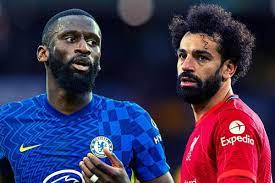 The FA Cup final will take centre stage on Saturday as Chelsea locks horns with Liverpool in a final for the second time this season.

Both sides met in the Carabao Cup final at the Wembley Stadium in February. 0-0 is rarely a thrilling result by any means but there was so little to split the team in normal and extra time as the games ended in favour of Liverpool after a penalty shootout.

Liverpool may yet lose out of the title race but will want to make the FA Cup count against a Chelsea side that knows what it means to get into the finals and win it.

Mateo Kovacic will need a miracle to be fit for this game while N'golo Kante faces a race against time to be fit.

It remains to be seen if Fabinho will play any part in the game for Liverpool after he limped off the pitch against Aston Villa lately.