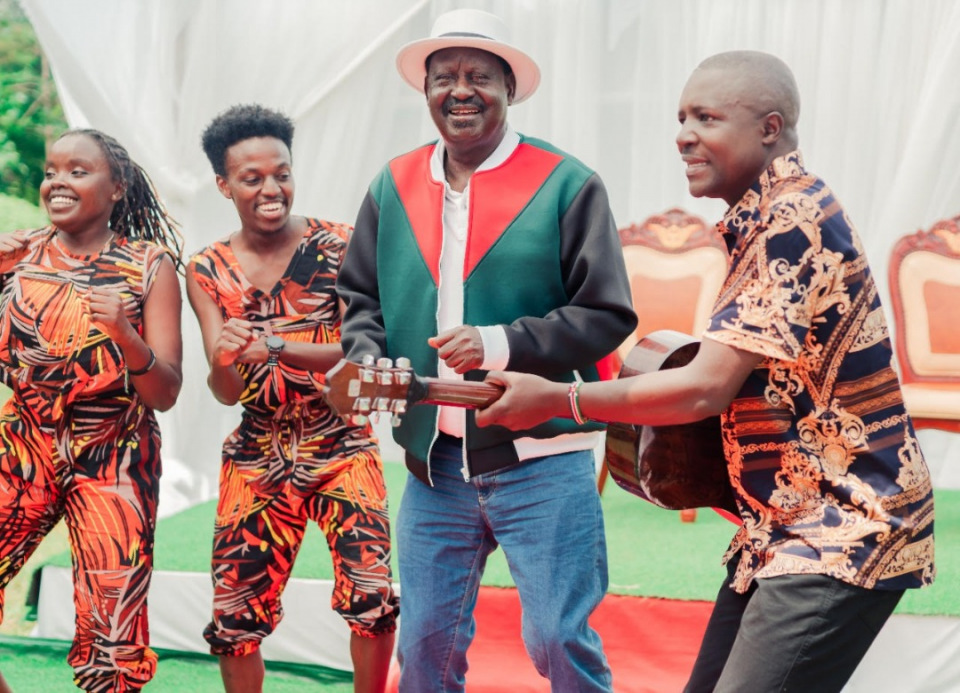 The relationship between music and politics continues to grow with each passing day. Leaders and politicians are using music as an essential tool of communication with the electorates. The effectiveness of music as a mode of communication is what has made it a valuable asset to politicians. Various songs have been tailored specifically to praise certain leaders or to communicate certain agendas.

In this article, we focus on songs that have shaped political campaigns in the country over the years:

'Unbwoggable' was among the first songs to dominate political campaigns. The song which was released by Gidigidi and Majimaji was sung in the Luo language. The theme of the song was the invincibility of members of the Luo community. Various politicians from the Luo Community are praised in the song, among those mentioned were Oginga Odinga, Tom Mboya, Raila Odinga, Prof Anyang’ Nyong’o and Senator James Orengo among others. The song became an anthem during the 2002 presidential campaigns.

It was a surprise for many when Opposition leader Raila Odinga was featured by Emmanuel Musindi in the remix of his viral 'Leo Ni Leo' song. Raila in the song advocates for a peaceful country. He uses the song to sell out his agenda and narrates to the electorates about the good qualities that he wants for Kenya. The song has been written in the Luhya and Swahili language. The song was treated to a warm reception by Kenyans and has gained close to a million views within one month on YouTube.

Celebrated musician Bahati in collaboration with Odinga recently released a song dubbed 'Fire'. Bahati praises Raila Odinga in the song and lists the achievement he has accomplished as a leader. Among the topics that Bahati addresses in the song are women empowerment and job provision for the Youth. Bahati has also expressed interest in vying for the Mathare parliamentary seat under Odinga's Azimio la Umoja.

‘Tano Tena' was the campaign anthem for Jubilee Party during the 2017 general election. Ben Githae in the song praised President Uhuru Kenyatta and his deputy William Ruto for the development they had achieved while in power. The song was also used to communicate the manifesto of the two leaders who were seeking a second term in office.

'Mambo Yabadilika' by Hellenah Ken is a gospel song that preaches restoration and finding new dawn. The theme of the song was, however, modified to suit the political message of NASA. The chorus of the song was politicized to mean the new dawn of leadership in 2017. Hellenah Ken is one of the most celebrated gospel musicians in the country. 'Mambo Yabadilika' was her breakthrough song.

'Nasa' popularly known as 'Tibim' by Onyi Jalamo is a praise song for Opposition leader Raila Odinga and was aimed at popularizing the NASA coalition. The song went viral and became a campaign anthem for NASA. The beats of the song are from the traditional 'Ohangla' genre.