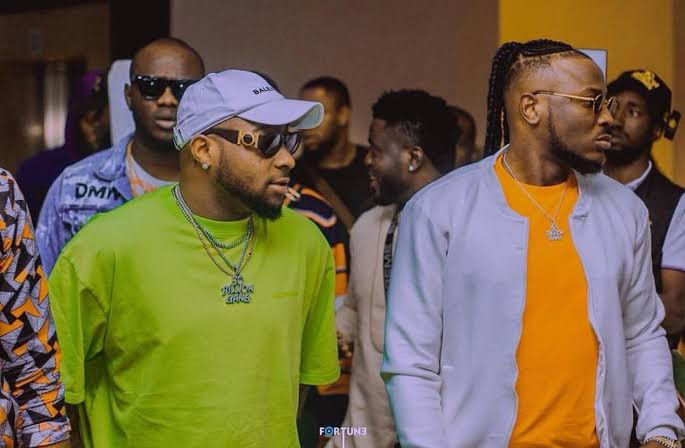 Nigerian singer Peruzzi has hinted that there's an upcoming new music project which he has featuring superstar Davido.

In a tweet, Peruzzi said the new song is as good as ready.

Replying to the tweet, Davido, commonly referred to as the Baddest said the song was worked on for a record 12 minutes.

"We made that shit in 12 min," Davido said in reply to a tweet made by Peruzzi.

Davido and Peruzzi have worked on several projects jointly.

Their last joint work was in 2021 on the single 'Somebody Baby' the lead to Peruzzi's second studio album 'Rum & Boogie'.

Produced by Fresh VDM, the single performed well, and its visuals released on March 24, 2021, directed by Mr Layii has over 3.6 million YouTube views.

As you anticipate the new collaboration between Huncho vibes and the Baddest, watch their 2021 project: