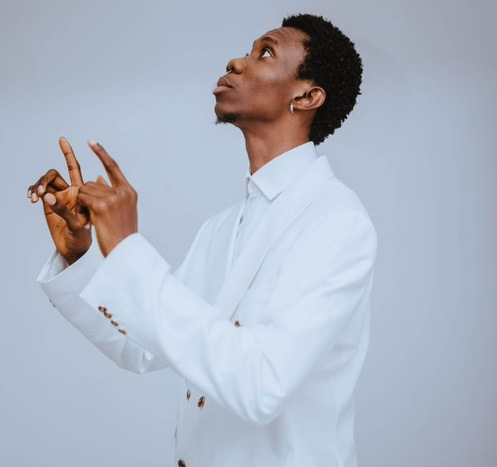 Chocolate City rapper, Blaqbonez is taking his sex over love campaign to the next level with this next move, a headline concert tagged “Breaking the Yoke of Love Crusade”.

According to the flier shared across his social media pages, the concert is set to hold on the 13th of February 2022, just a day before Valentine’s Day. 14th is celebrated worldwide as lovers day and that’s just about everything Blaqbonez stands against.

Blaqbonez released his debut, “Sex Over Love” last year, a project to back up his anti-love agenda. The album was largely successful with tracks like Okwaraji being one of the standout records of the LP.

A very talented rapper who has mastered the art of using humour to promote his act, the Breaking the Yoke of Love Crusade will hold at the Muri Okunola Park in VI Lagos state. See the image below for more details about the concert. 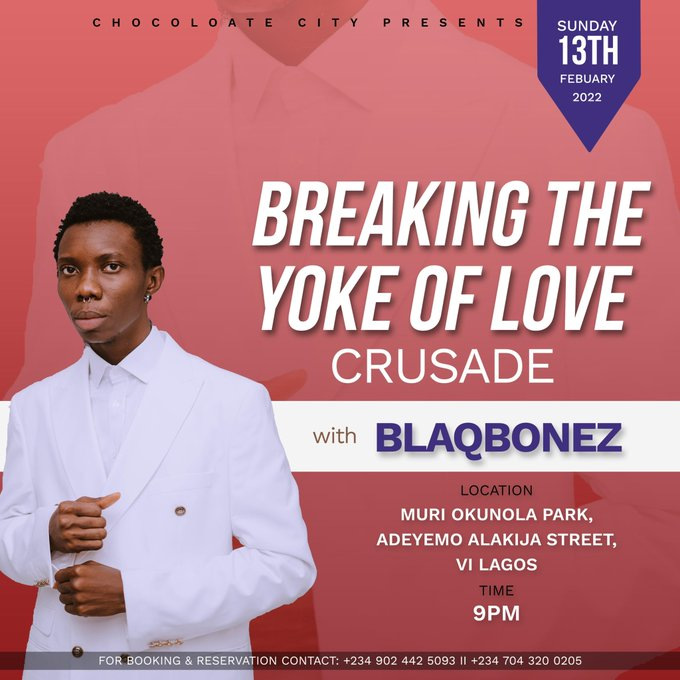