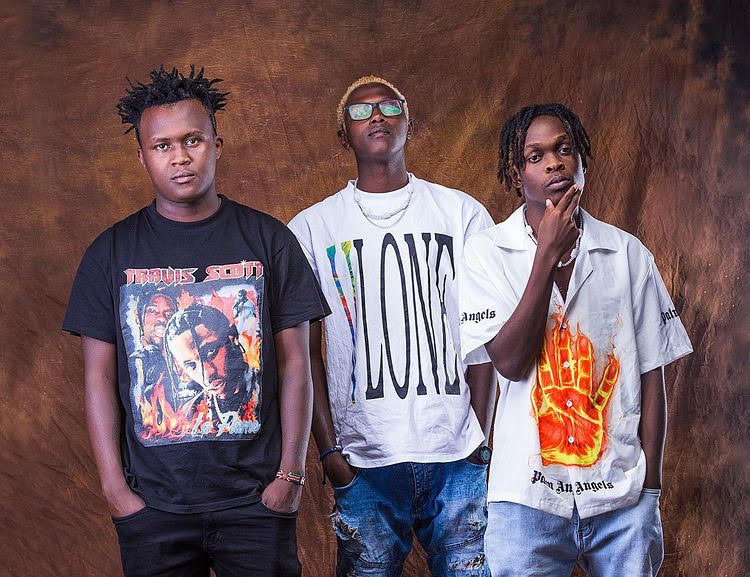 Renowned Gengetone megastars the Mbuzi Gang have kicked off the new year in high gear after compiling a fresh album that features 12 jams.

The Mbuzi Gang’s new album features collaborations with leading artists from Uganda, Tanzania, Kenya and other countries, something that has made it even bigger than all the other projects they have outed before.

The singing trio that is made up of three multi-talented artists, is slated to drop the new album any time soon and it features songs like; ‘Blessings’ featuring Kashkeed, ‘Baikoko’, ‘Iskaba’ featuring Vanessa, ‘Shida’ featuring Jose Chameleone and ‘Tusere’ featuring Ethic.

The other tracks on the album are; ‘Zoza’ featuring Navio and Vic West, ‘Shifra’ featuring Swat and Exray, ‘Happy Birthday’ featuring LavaLava and KRG, ‘Wawawa’ featuring Katapila and Silverstone Bars, and ‘Rudi’ a collabo with sensational singer Nina Roz. 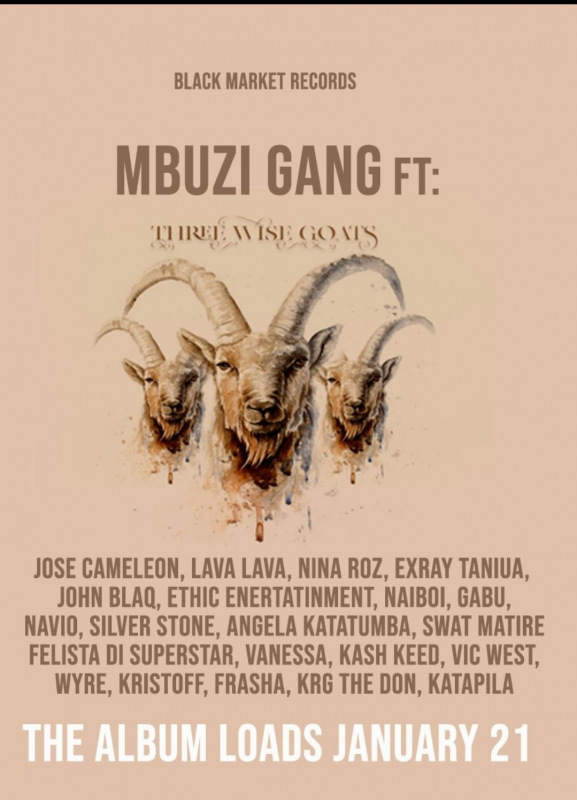 The album, which was produced by Kashkeed and Vic West, also comes complete with two bonus tracks that include; ‘Unanibo’ featuring Madini Classic and ‘Shamra Shamra’ which features Gabu, Naiboi, John Black, Frasha and Wyre.

Signed under Black Market Records, the Mbuzi Gang, which is composed of three artists; Joefes 254, iPhoolish and Fathermoh, is a Kenyan singing group that became popular for their hit songs ‘Wagithomo’ and ‘Sherehe Sheria’.