Makhadzi to Donate 10% of Botswana Concert Earnings to Charity 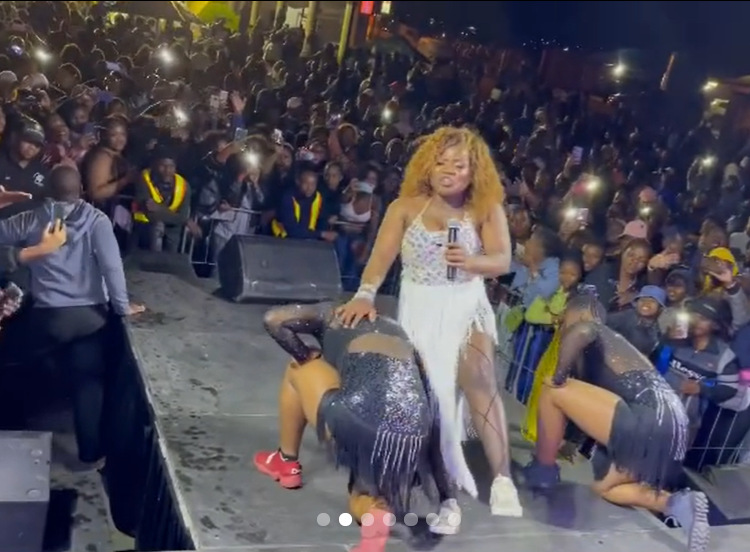 South African musician Makhadzi has had a lot of success in 2021 and she owes it to the high heavens and her huge legion of fans.

Even as fans guess her moves in 2022, Makhadzi is all about giving back to the less fortunate in the society. She has announced a concert in the neighboring Botswana and plans to give out 10% of the total earning to charity in the same country.

“I have decided to do my own one woman show in Botswana Gaborone. Date: 26 March. I will take my 10 percent of my profit and donate it to charity in Botswana,” she posted on her Facebook page Tuesday evening.

Last year in October, the ‘Ghanama’ hit maker was received by Gaborone Mayor Thata Father Maphongo together with local security apparatus when she went for a concert in the country.

She was picked in a limousine with security trailing it, a show that no so many artists have received in Botswana. The showbiz behind it all was last seen when Jay Z and Beyonce toured South Africa.

Humbled, Makhadzi expressed gratitude in all that happened saying it made her feel emotional. She says that with such treatment, she has no doubt that God will always shower his blessings to his people in his own time.

“I am very much emotional about the love I received yesterday from my people…my Botswana lovely fans…you guys proved me that God (sic) time is the best. And if he says yes nobody can say no!” she wrote.