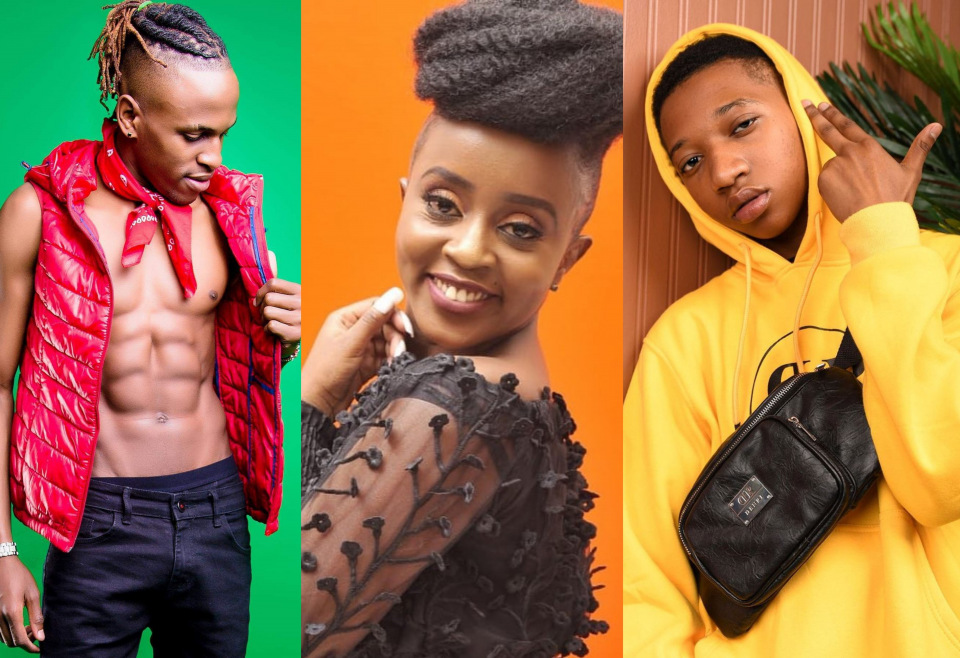 The Kenyan music industry is experiencing immense growth and revolution that has seen its market expand beyond its borders. The revolution has been brought by outstanding musicians, some of whom have been in the industry for a long time, while others are upcoming artists who have had their breakthrough recently. In this article, we shine the spotlight on some of the Kenyan musicians to watch out for this year of 2022.

Read Also: Rivalries and Beef that Shaped the Kenyan Music Industry in 2021

She is no doubt one of the most sought-after Kenyan female musicians. The African pop star has indicated that she has great music projects lined up for this year. In a recent social media post, Nadia Mukami indicated that she collaborated with Tanzanian star musician Rayvanny on two songs. The songstress also previously revealed that she is officially planning to launch her record label dubbed Sevens Creative Hub this year.

Soma Pia: 5 Controversial Kenyan Songs that were Released in 2021 [Video]

Consistency has been Bahati's musical language. This has seen him grow tremendously and connect with top African musicians such as Diamond Platnumz. Last year, Bahati not only released his music album dubbed 'Love Like This' but also released single tracks such as 'Adhiambo' that went viral. Bahati's diversity and music strategy of collaborating with top musicians in the country have attracted a lot of success.

Saldido records boss Willy Paul started the year on a successful note after releasing 'Atoti Jaber' on the second day of the year. The song has been received warmly among fans. Willy Paul released 'The African Experience' album last year and after the release, he has been consistent in producing music. The consistency seems to have flowed into the year 2022.

Award-winning Kenyan boy band Sauti Sol has cemented their reputation not only as Kenya's top music group but also Africa's best music band. At the end of last year, the band worked on a project that saw each of the band members work on solo projects that turned out successful. This diversity has created anxiety among the fans on what next surprise they have under their sleeves. The band's lead-man Bien also recently revealed that there are upcoming albums from the band on the way.

Iyanii had his music breakthrough at the end of last year after releasing his viral song 'Pombe'. Shortly after that, he released another song dubbed 'Furaha' which got a lot of success. The consistency in releasing successful hits makes him an artist to watch out for. The singer is also working on a collaboration with celebrated gospel musician Size 8.

Crowned as Kenya's youngest successful musician, Trio Mio's performance graph in the industry is always going upwards. Various stakeholders in the music industry have showered the youngster with complements. Trio Mio has also been likened to Kenyan legendary musician E-Sir.

Ndovu Kuu had his breakthrough in the industry last year and his unique rap style has won over the hearts of many. Not only did he have a successful ran after the breakthrough, but the star finished the year on a successful note after the song he was featured in went viral on TikTok, thanks to his verse. Ndovu Kuu has been working on collaborations and as the year begins, his fans are eager to listen to his solo projects.

She has earned herself the 'Rap Queen' title from her energetic performance and creativity in composing songs. Being a YOUNG artist with a great fan base and successful hits, consistency is what will keep her on top of the game. Maandy will defend her seat at the top of the chart this year by releasing other top hits.

Jovial's unique vocals and authentic performance has seen her become a darling to many. She seems to attract success wherever she goes as every song she has been featured in has gone viral on the internet. Her chemistry with other musicians is priceless. Fans are, however, eager to get more solo projects, which she will hopefully deliver this year.