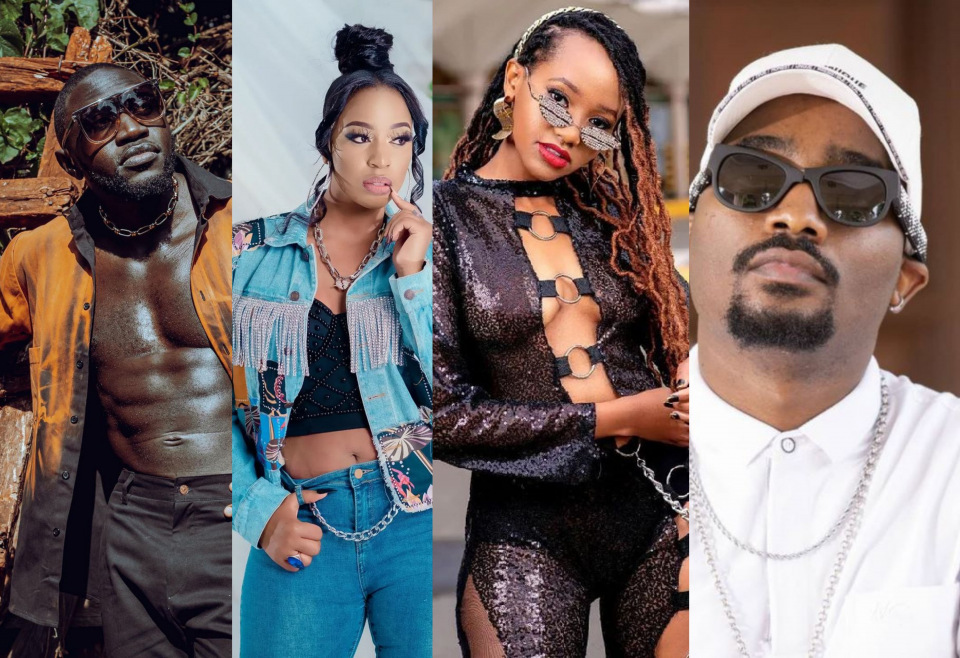 The year 2021 saw the birth of new artists who made highlights in the Kenyan music industry thanks to their viral songs. It is every musician's dream to have his or her song go viral. In this article, we review seven new musicians who made it big in 2021:

Top on the list is Diana Marua, now better known as Diana B. The launch of her music career was a pleasant yet unexpected surprise from the mother of two, who for a long time has been known for being a content creator. Her two songs have enjoyed a warm reception among the fans with her first hit 'Hatutaachana' currently standing at 1,456,545 views on YouTube, while her second song 'One Day' has 1,237,937 views.

For the past over 10 years, Fancy Fingers has only been known as Sauti Sol's official guitarist. As Sauti Sol wound up the year with each artist releasing solo music projects, Fancy Fingers was not left behind. The release of Fancy Finger's first official album titled 'Father Studies' that houses 10 hit songs definitely marked his debut into the industry as a singer.

Iyani was one of the stars of the year 2021 with his viral song 'Pombe' becoming an anthem across the nation. Although he had been in the music industry for approximately 3 years, not so much was known about Iyani and his music until 2 months ago when he released 'Pombe' which has so far been viewed more than two million times on YouTube.

Signed under Black Market Records, the four-man band has been in the music industry for a while now but had their breakthrough this year. Mbuzi Gang went viral early this year courtesy of their hit song 'Shamra Shamra' in which they featured Mejja and Joefes. The song which has gained over seven million views on YouTube within 11 months attracted the attention of various stakeholders in the music industry including popular rapper KRG The Don, who offered them sponsorship. Apart from the sponsorship, Mbuzi Ganga also jumped on a collabo with Tanzanian star singer Lava Lava on the song 'Ushasema' which is almost hitting half a million views in three weeks.

He is the brains behind the viral 'Ndovu Ni Kuu' song whose remix featuring Boutross and Khaligraph Jones has over eight million views on YouTube. 'Ndovu Ni Kuu' became an anthem with its sound going viral on TikTok making Ndovu Kuu a star in the Kenyan music industry. The song which according to the artist was based on a real-life story won over the hearts of millions of fans.

Miss P was introduced to the industry as a signee of Willy Paul's Saldido Record label. The two had good chemistry that saw them release two massive hit songs together; 'Liar' which has over eight million views on YouTube and 'Fall in Love’ which has over four million views. The two, however, fell out and Miss P pursued her music career independently and so far she has released two solo music projects including 'Single' and 'Baby Shower'.

She has been named as one of the female rappers who are on the way to revolutionizing Kenyan Hip Hop music. Maandy's top songs include ‘Ukoo’, ‘Sultan’, ‘Sirudi Home Remix’ featuring Ndovu Kuu and Breeder LW among others. Maandy has been welcomed warmly into the industry with top musicians praising her for her prowess in rapping.