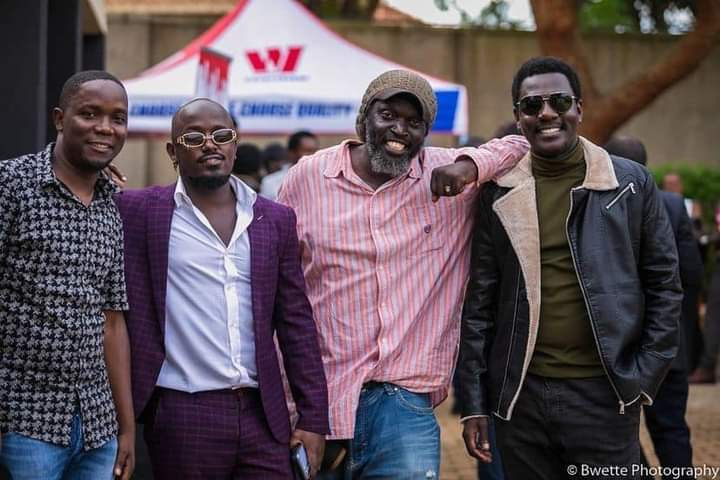 Ugandan artist Kenneth Mugabi has hailed Ykee Benda for being one of the most supportive artists in Ugandan music.

The Afro-soul artist recently held a listening party for his new yet to be released album dubbed 'People Of The Land'. Among artists that came through to support him was the Mpaka Records boss.

In an appreciative post on his Facebook page, Kenneth Mugabi praised Ykee Benda's kindness and humility and urged all Ugandan artists to work together in a bid to take the industry to the next level.

"I stumbled upon Ykee Benda 's humility and kindness. While it may sound unclear to a few, the Ugandan Music industry is still held back by our unwillingness to support fellow Artistes.

Read Also: Kenneth Mugabi to Sell His New 'The People Of This Land' Album at $100 per Copy

"I invited Benda to my Album Listening party and he cancelled a business meeting just to be part of the event. Our music industry will only thrive if we choose to work together and wish ourselves well. Art is a collaborative venture and that is the way to go," Mugabi posted.

Kenneth Mugabi had earlier announced that he would be selling his album at a premium fee of 100 USD (approximately UGX 350K) with only a few copies available and Ykee Benda happened to be among the first people to get a copy.

"On a lighter note, I would like to appreciate Ykee for being among the few musicians who have bought a copy of my new Album," he concluded.

On his part, Ykee Benda said he is a big fan of Kenneth Mugabi's art and couldn't fail to show up.